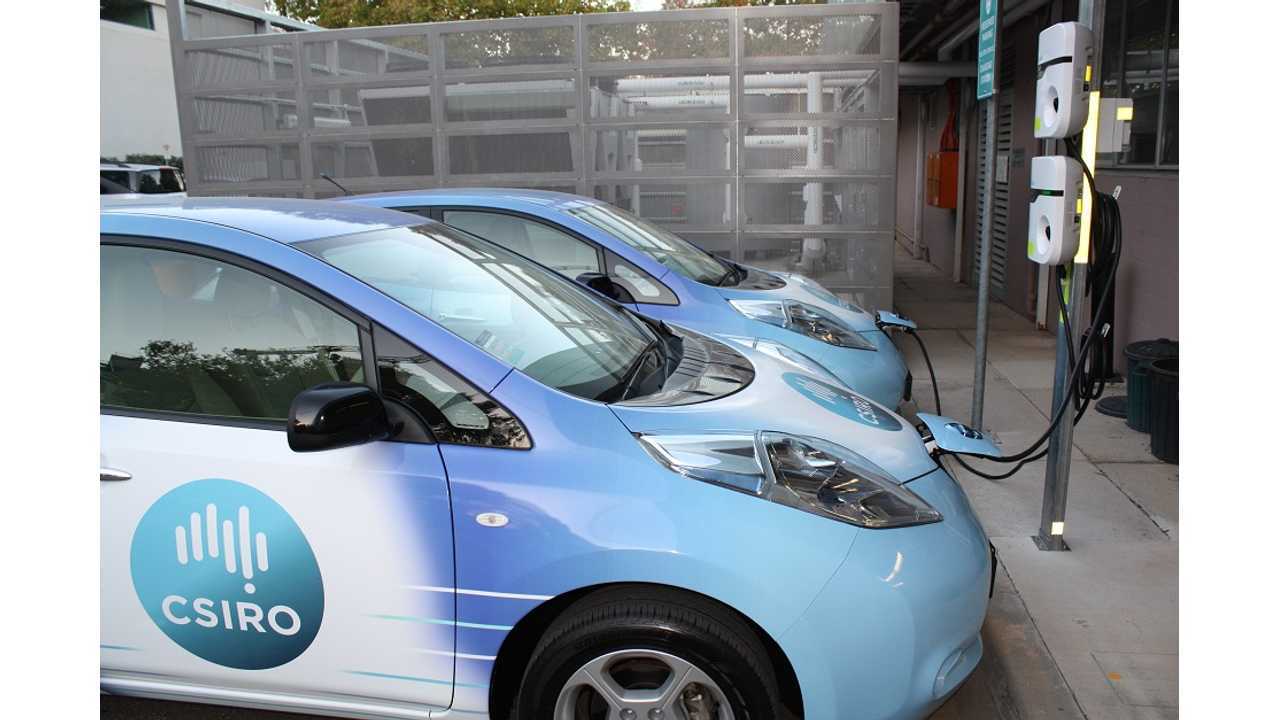 Quite honestly, we don't hear near enough "plug-in success stories" from Australia these days, so when a research scientist at Australia's national lab told us of a recent advancement in EV adoption down under, we had to pass it along.

Specifically, that CSIRO (the Commonwealth Scientific and Industrial Research Organization) has taken the first steps to truly drive emission free with the delivery of the first two all-electric Nissan LEAFs that will be powered by on site solar PV panels.  And this is just the first wave, as many more EVs will be added in the future.

An example, we feel, that should light the way for other scientific groups all over the world to follow:

"We are rolling out these new electric cars across seven of our sites to enable petrol-free motoring within CSIRO’s pool of fleet vehicles," CSIRO General Manager, Building and Infrastructure Services, Mark Wallis said, "With the addition of solar PV panels at our sites, we aim to generate more than enough renewable energy to charge and run the cars, making them emission free."

Next up shortly, is delivery of 8 more EVs, as well as a couple electric bikes, to several other CSIRO sites in Melbourne, Brisbane, Hobart, Perth, Townsville and Newcastle.

"The cars and electric bikes are the latest in a raft of initiatives to lower emissions, reduce waste and improve the sustainability of operations across CSIRO," Mr Wallis said.

The net result is not only being green, but saving some "" at the same time, an economic reality that has only recently been realized by not only falling plug-in vehicle prices in Australia, but the lower cost of PV projects:

"The money saved or earned can be reinvested into national science priorities."

Some of CSIRO's other recent sustainability initiatives and benefits include:

EVs Charged By The Sun At Australia's National Lab? Just Makes Sense To Us!

"Together with electric cars and these sustainability measures, where it makes good sense, we are reducing our environmental footprint by consolidating our operations at key sites, as we have just done at Black Mountain, Canberra," Mr Wallis said.
++