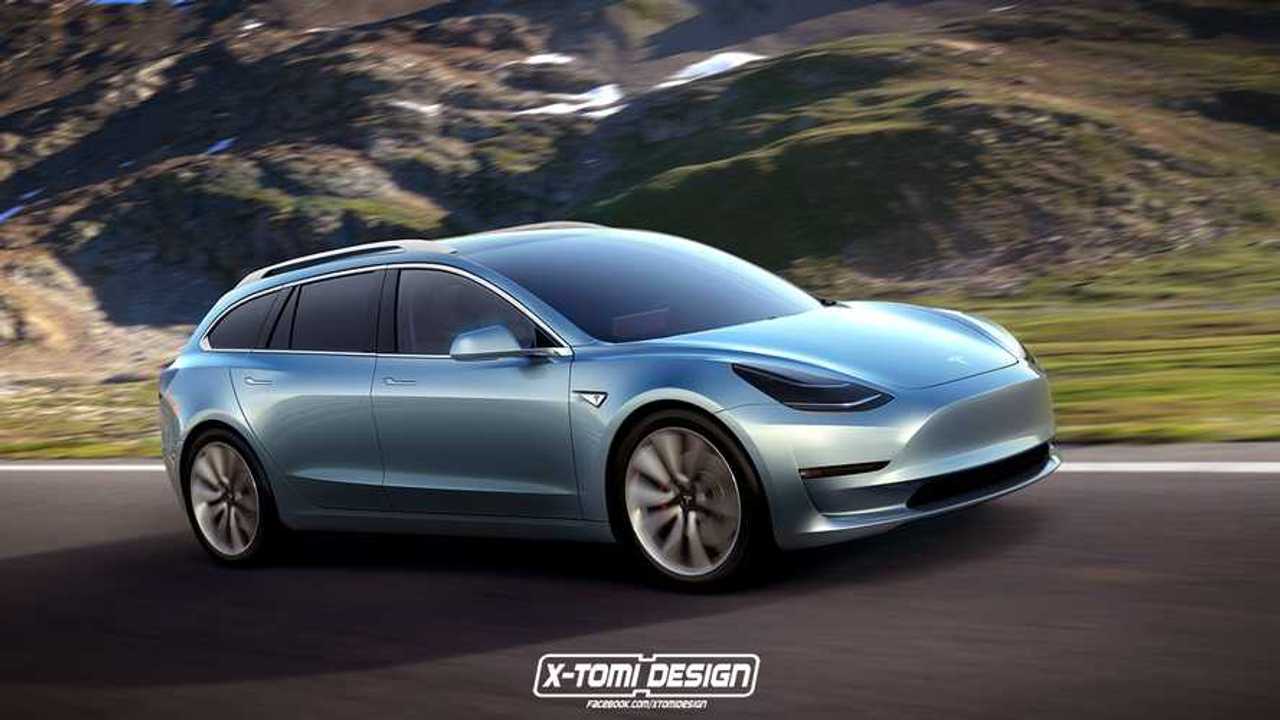 There's the sleek coupe seen above, a crosswagon reminiscent of some Volvos and Subarus (below) and also a shooting brake type wagon (further on down).

We'd probably nix the crosswagon version, but both the coupe and sportwagon are visually appealing, and that wagon surely has more usable cargo space than the official four-door Tesla Model 3 prototypes revealed at the end of March.