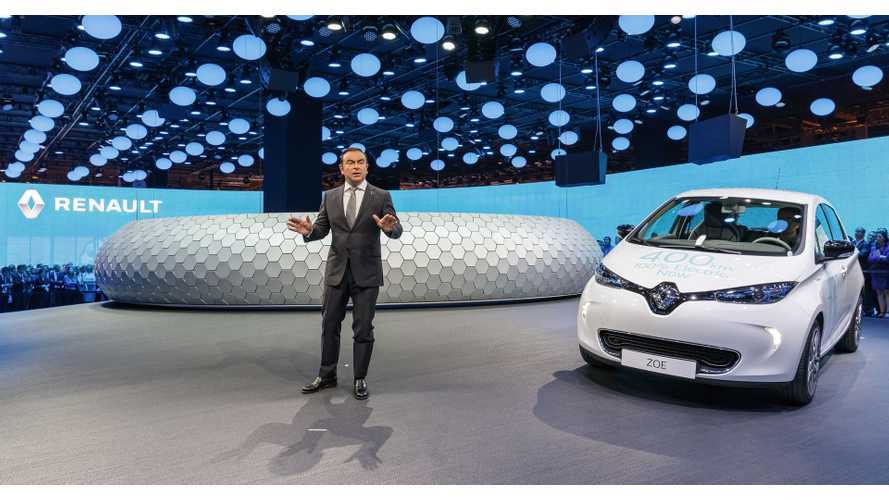 European plug-in electric car sales reached the milestone of 150,000 registrations through the first nine months of this year.

It is interesting to note that after Nissan acquired a controlling stake of Mitsubishi Motors, a third of the market now belongs to the Renault-Nissan/Nissan-Mitsubishi Alliance.

And as such, Carlos Ghosn now heads all three brands, and put one plug-in from each of the brands on the medal podium - Renault ZOE, Mitsubishi Outlander PHEV and Nissan LEAF (it almost looks like some kind of internal race).

September was especially strong month for plug-in registrations with more than 24,000 tallied (which was up 47% year-over-year).

The Tesla Model S and BMW i3 were both reinforced by new versions in 2016, and round out the top 5. Also of interest, the Tesla Model X managed to break into top 20 by virtue of more than 1,800 deliveries made in September.  We expect the all-electric Tesla SUV to have a continued strong Q4 in Europe and likely finish the year inside the top 13.

Our thanks to EV Sales Blogspot for compiling the model-by-model list!