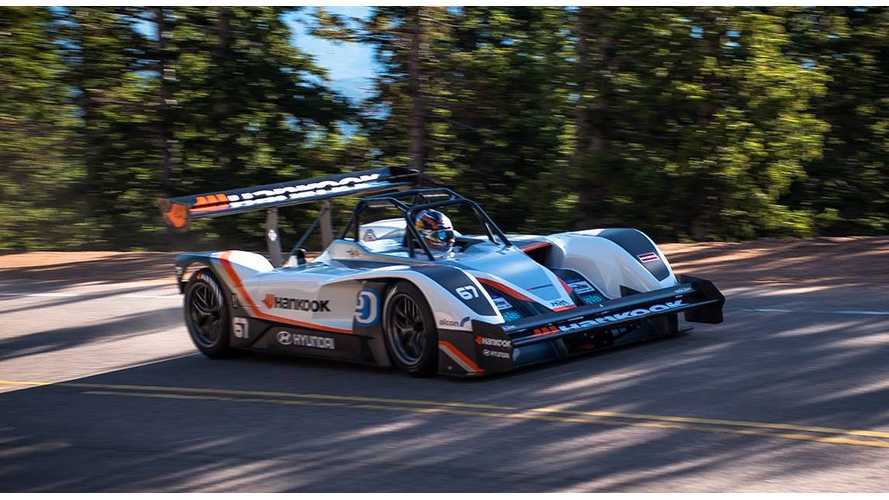 In this year Pikes Peak International Hill Climb, Hyundai was present as a sponsor of the quickest EV - the eO PP100 driven by Rhys Millen.

The eO PP100 not only won the EV class, but set a new record with a time of 8:57.118 (the first sub 9-minute EV), although the overall win at Pikes was just a hair of range this year, Rhys finished second after a winning the event in 2015.

For Hyundai, the PPIHC was also a good opportunity to present its upcoming IONIQ lineup (details), which will be available as hybrid, plug-in hybrid and all-electric.  The all-electric version of the IONIQ arrives later this summer, and the PHEV by year's end.

Thanks to Hyundai we can watch the eO PP100 from preparations few weeks ahead of the event, through the finish line in this swell video.

"Watch Rhys Millen’s journey with his e0 PP100 electric racer, which is co-sponsored by Hyundai Project IONIQ, as he attempts to complete the first-ever under nine-minute time by an electric vehicle during qualifying runs at the 100th Anniversary Pikes Peak International Hill Climb."