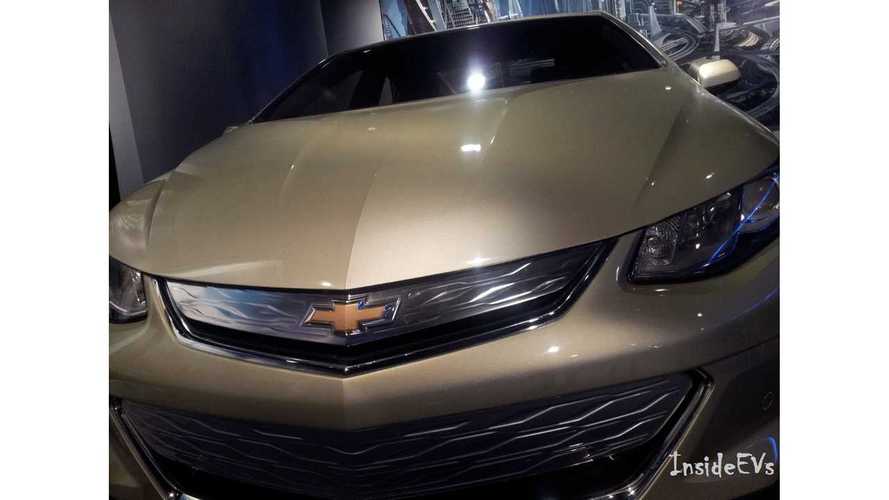 During October, news of the Chevrolet Bolt EV heading into production late in the month, dealers taking orders on the pure EV, build volume estimates,  and just the general anticipation of the Bolt EV's arrival in a little over 4 weeks time, has rendered its sibling - the Chevrolet Volt almost invisible.

David takes his Chevrolet Volt and BMW i3 Rex to the strip for a long range PHEV showdown!

Don't believe us?  Just check out the recent news cycle from our "Chevrolet" sub-heading/mini blog here.

If it wasn't for InsideEVs' own David Murray taking a 2017 Volt to the track to race a BMW i3 (props to David btw), it would have practically been a clean sweep for the Bolt.

Yet there the Volt is, the all-time best selling plug-in vehicle in America, dutifully selling ~2,000 copies every month since the 2nd generation was introduced (outside of the sale purgatory for EVs that is January and February).

We do have to note however that October marks the crossing of a full year's worth of the new Volt model, and as such the month-over-month comps just got a lot harder.  Against, the 2,035 Volts sold a year ago, this year's result was a much narrower 7.7% gain.

What else can we tell you?

Well...thanks to a very rare, 2017 model year changeover that happened in February (instead of the normal Summer change-over), GM has build up a considerable amount of inventory since the automaker has not had to be cautious about over-stocking the Volt ahead of a new model year car arriving in the Fall and potentially wrecking havoc on the value of 2016 editions.

Honestly, we can't remember the last time GM had more than 6,000 copies of the Volt available at dealers...if it did happen, it would have been back in the 'heydays' of the Chevy back in 2012/2013.

Volt and Bolt EV - complimentary products for Chevy? Or competitors? (Photo by Steve Fecht for Chevrolet)

And while we are in this 'news vacuum' for the Chevy Volt, we have often pondered a single question when it comes to the future sales outlook.

What happens to sales when an OEM has two similar priced, and popular plug-in passenger car offerings - relatively speaking?

Now to be fair, we do get that an all-electric 238 mile Bolt EV is not the same as a 53 mile extended range Volt, but it is still a question we really don't have an answer to: how will they play together? ...and only time will tell the answer.

Will the Volt/Bolt pairing sell more as a team, via bringing a higher profile, and more "butts in the seat" to Chevrolet showrooms around the country?  Or will one overshadow and damage the other's potential sales base?

Other GM electrified sales of interest: