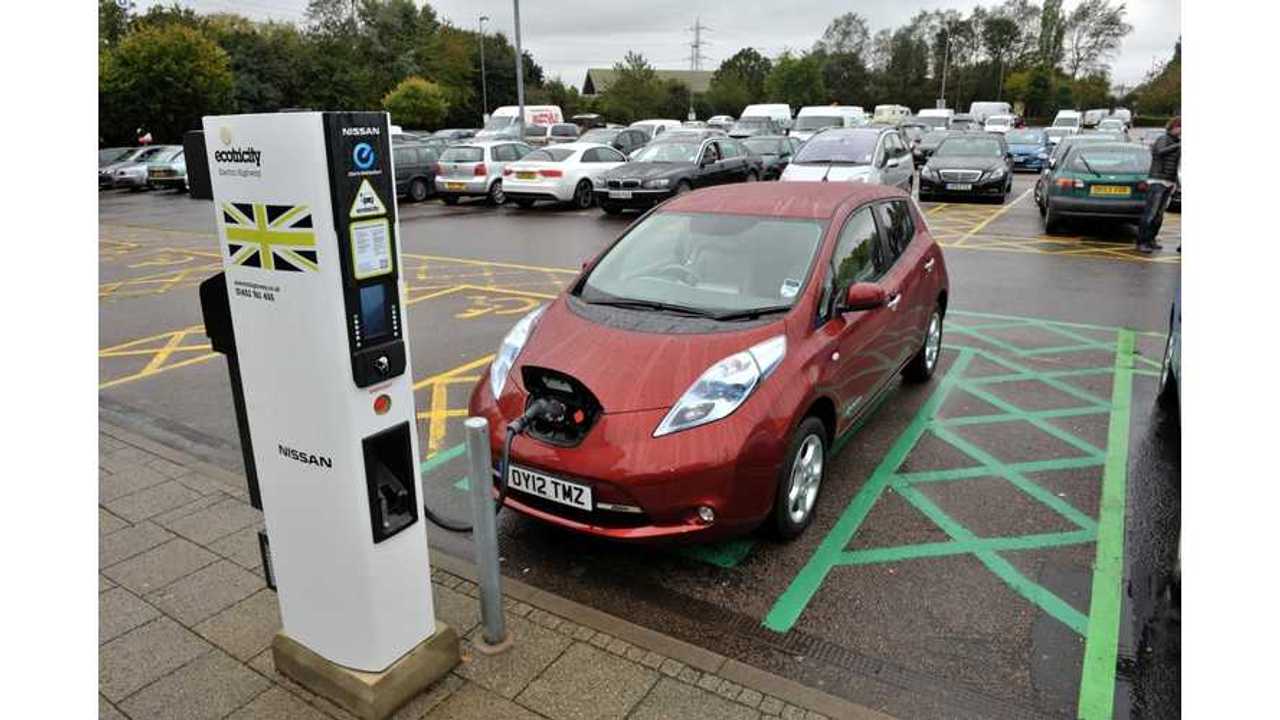 Ecotricity caused a storm in UK, as their nationwide fast charging network with multi-standard chargers switched recently from free to pay-per-use.

The British company initially announced a £5 charge for a 20-minute session, but then changed it (under public pressure) to a slightly more beneficial £6 for a 30-minute session.

Apparently that concession was not adequate enough, as echoes of the introduction of fees is still not sitting well with some. Recently Autocar published article entitled – “The day electricity became more expensive than diesel”.

Regardless of the fiscal realities for Ecotricity that prompted the change in the program, it’s not a great result from a marketing perspective for EVs if the general public now equates publicly charging electric cars as anything but economical.

"I read a story this morning from a Nissan Leaf owner who charged his battery from 50% for the requisite 30 minutes. The ambient temperature was 21 degrees, which is a pretty decent temperature for charging, yet at the end of the 30-minute session his battery was at 97% charged - the equivalent of around 49 miles of range. That pretty much tallies with my charging experiences, too. As the Leaf owner ruefully pointed out, his diesel car does a comfortable 55 miles on a gallon of diesel, which costs slightly less than the electricity."

We do have to note that the circumstances surrounding this charge does not truly paint an accurate portrait of the charging situation, as the LEAF in question could have accepted more charge if it was less full when it arrived at the station.  The Nissan LEAF, like all battery electric cars, tapers the DC fast charge as the battery approaches capacity.  In truth, a 30 minute charge would net the owner around 80% of a fill if capacity was low - which was the aim of the pricing adjustment in the first place.

The author of the article is a Renault ZOE owner, and according to his observation on the ZOE forum in UK, some folks are considering now sales of their cars.

"I’m not sure what customer feedback they were reading, because everything I’ve seen in the electric car forums (I lease a Renault Zoe) has been outright anger that the charge still appears to have made electricity more expensive than diesel overnight. Charging always seemed inevitable - you can’t expect free electricity forever - but I’d argue Ecotricity appears to have misjudged its cost structure."

Perhaps this the author's frustration is somewhat more justified based on his situation, as the Renault ZOE is especially wronged because it doesn’t accept as high a charge rates as the other popular models (up to 43 kW in some versions, and just 22 kW the in new R240 version).

The second reason the ZOE comes up short using the Ecotricity infrastrucuture, is because the Renault is also using three-phase electricity, and charging stations of such a type (22 kW 3-phase Type 2) are pretty inexpensive compared to DC fast chargers. If the fee is flat – ZOE owners using the multi-standard DC fast chargers are, in fact, heavily subsidizing other models.

Because the fee is time-based, the cheapest charging will be for cars that accept high power and have larger battery – like the Tesla Model S via CHAdeMO adapter, or the upcoming Bolt EV and next generation Nissan LEAF.

As always, the question really surrounds the charging infrastructure providers, and what they can do to lower pricing but still be able to turn a profit after the (very expensive) installation costs of the infrastructure.  For many, the answer is to charge by the kWh dispensed (where legally able).