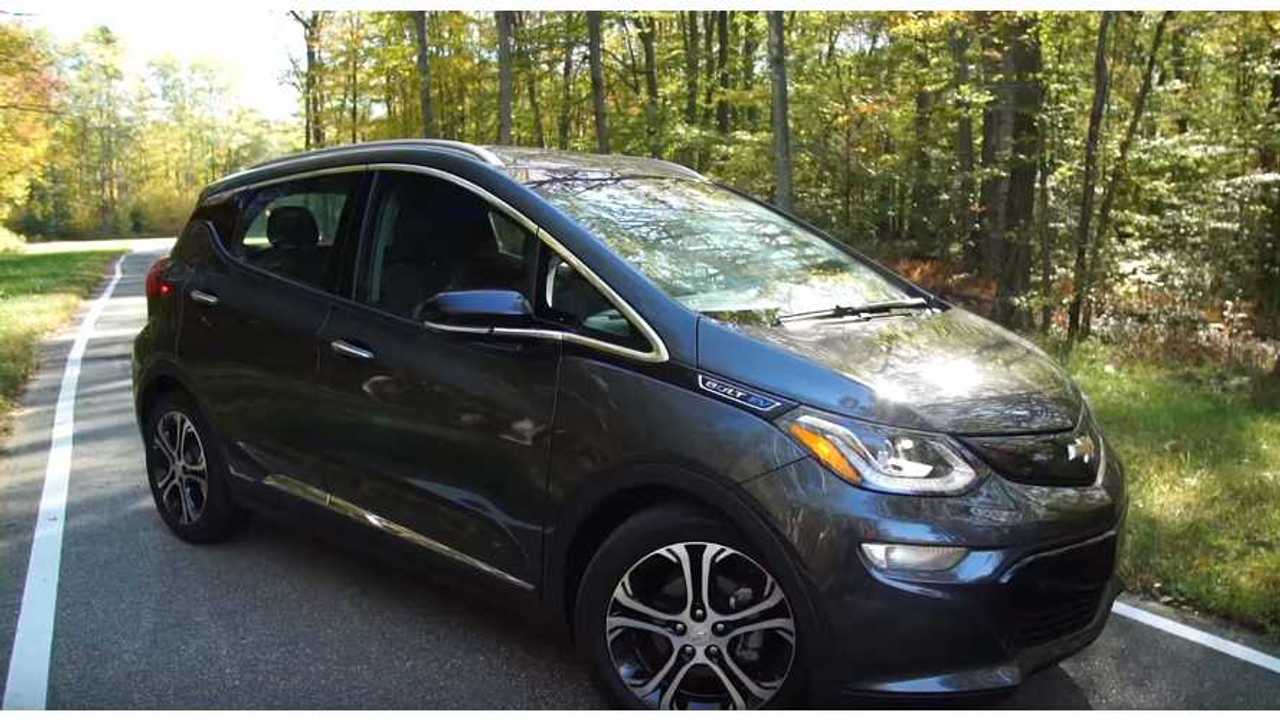 Initially in Consumer Reports latest quick drive review of the Bolt EV, it seems that the magazine is using this video as a promo for the 238 mile EV from GM against Tesla's current and future offerings.

The video points out that the Tesla Model S and Model X are expensive, and that the Model 3 won't be around for awhile. So ... get a Chevrolet Bolt now.  All of this is true, but nonetheless still feels a bit odd/out of place for a Consumer Reports review; we'd have much preferred the review time spent on the EV itself.

Under the Hood of the Chevrolet Bolt

The Chevy Bolt beats the Tesla Model 3 to market as the first relatively affordable long-range electric car you can buy. While the Bolt lacks the Tesla's cool factor, it's practical and enjoyable to drive.

The video goes on to do a quick explanation of the Bolt and how it differs from the Volt, and also how the Bolt compares to other available electric vehicles.

Later in the video, the tone changes in a humorous way. The reviewer - Tom Mulchler, talks about Tesla's "cool" factor, and the fact that the Bolt is "dorky looking little box". But he sheds light on how practical the Bolt really is in so many ways. While he doesn't like the shifter, "which pops back to center" every time you let go, making it hard to find reverse, he is impressed with the 10.2-inch infotainment screen and attractive instrument cluster.

The Bolt doesn't get up and go like a Ludicrous Tesla, but the instant torque is surely noticeable and the car corners and handles well. He describes it as "more enjoyable to drive than a Nissan LEAF".

Lastly, he mentions that it may make more sense to lease a Bolt than to buy one.