BMW i3 REx Police Car On Fire In Rome - Video 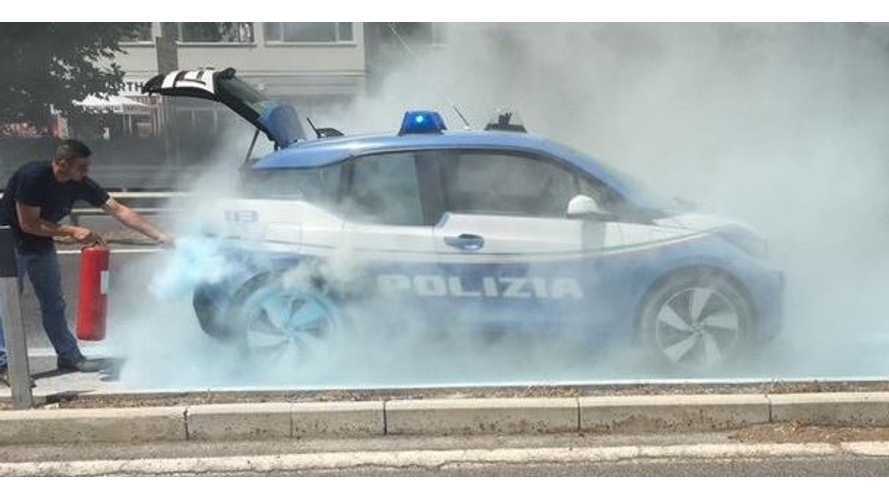 The cause of the fire is unknown, but we can confirm that this is not a pure electric i3, but rather an i3 REx (see image below showing gas flap on front right fender):

The Italian police own what appears to be only 4 i3s, but we're not entirely certain is this figure is still correct.

The fire extinguisher appears to be aimed at the general area where the REx generator is located, indicating that this fire could be linked to the ICE, rather than the battery pack. Speculation for sure...but that's all we have to go on at this point in time.