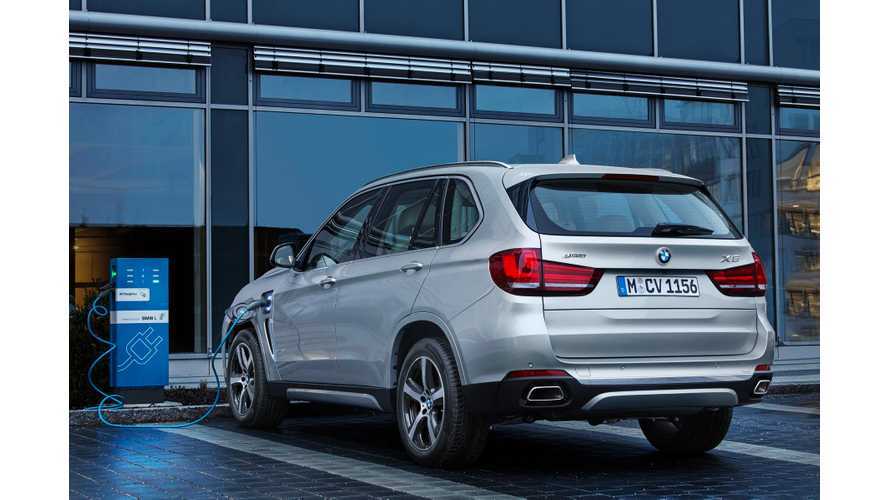 BMW notes record sales of its iPerformance branch of plug-ins for Europe, but at the same time (annoyingly) hides exact figures.

The German manufacturer offers two BMW i models (i3 and i8) and an ever-expanding portfolio of iPerformance models (plug-in hybrids versions of conventional models), which includes the X5 xDrive40e, BMW 225xe Active Tourer and BMW 330e.

According to the company's monthly sales report, about 4% of BMW sales in Western Europe were “electrified cars”.

“There continues to be an increasing demand for BMW i and iPerformance vehicles, especially in Europe. In June, four percent of all BMW sales in Western Europe were electrified cars, with that percentage increasing significantly in markets where e-mobility is supported by financial and infrastructure measures.”

The top markets for June were:

More records are expected to be set shortly, as the BMW i branch will surely surge ahead this summer with the launch of the BMW i3 94Ah (a battery upgrade from 22 kWh to 33 kWh battery) in mid-July. Nearly 5,000 pre-orders were registered in Europe alone for i3s with this optional battery pack.