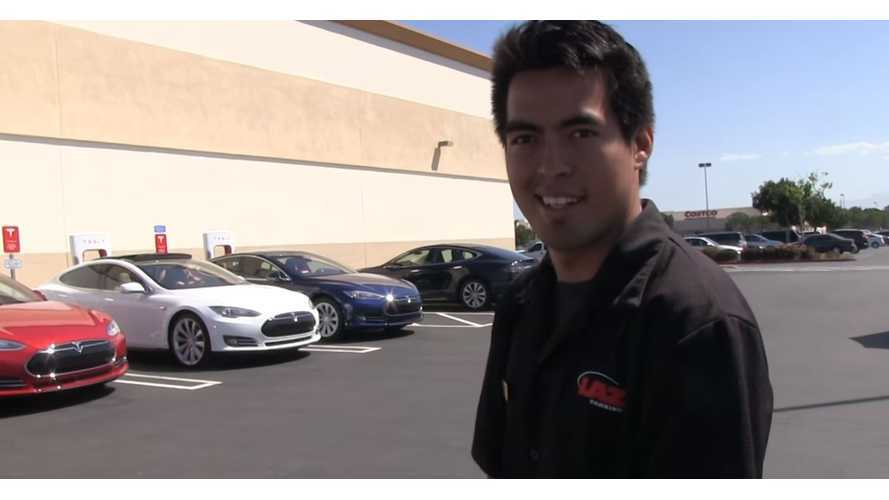 The iconic Bjørn Nyland reports on Tesla Supercharger stations in Southern California that now have attendants seven days a week, during busy times.

The company's main objective is to help keep the station traffic organized and reduce congestion. The goal would be to get customers a quicker, trouble-free charge. At some of the stations, if a customer pulls in and there is no charger available, the attendant can take their keys and charge it for them while they relax or get other tasks done.

Tesla is reporting that this is not a "valet service". But no matter what it's called, it makes lives easier for Tesla owners. With the enormous amount of deposits for the Model 3, any expansion and ease-of-use plans by the company will prove much appreciated.

In theory, this new plan by Tesla may be replaced in the future by robots and autonomy.  As reported last year, the company is testing a "snake-like" device that could insert itself into the vehicle with no human intervention. Hypothetically, fully valet could be achieved using a fully optimized "Summon Mode" to get the car into position, and then let the robotic snake do its thing from there.