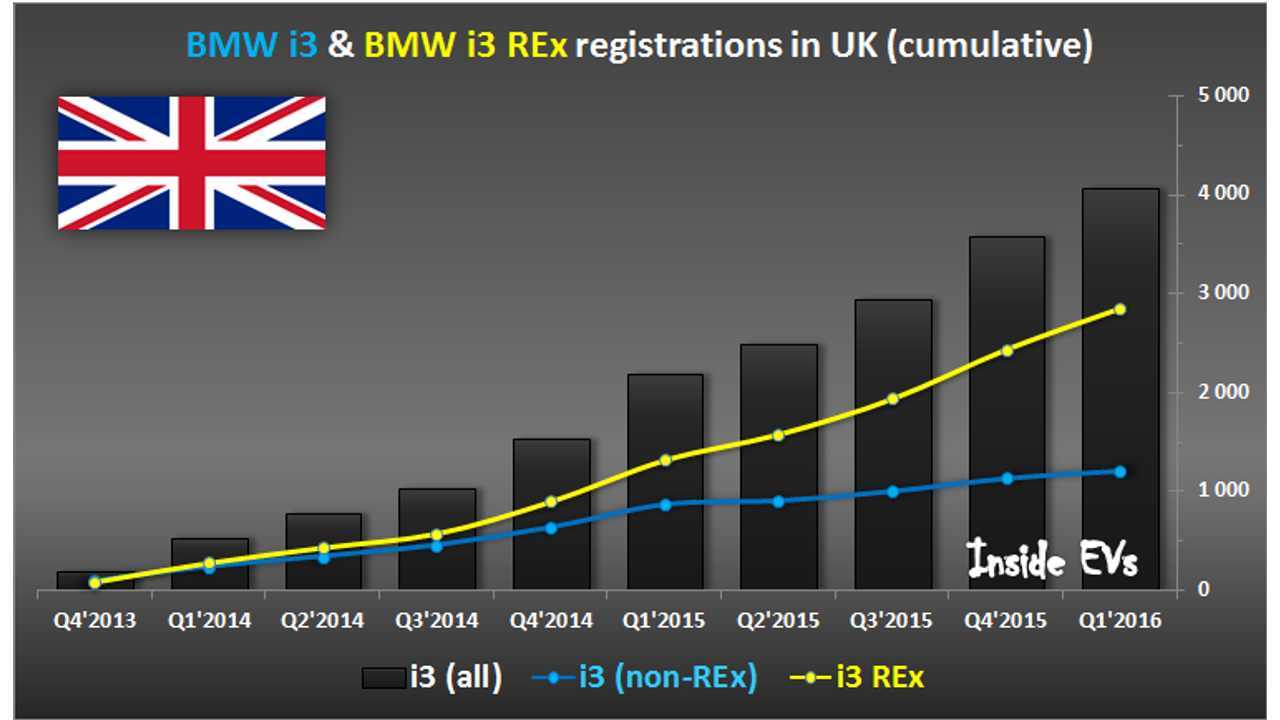 Before the end of this summer, BMW will begin deliveries of longer-range i3 with a 33 kWh battery which enables up to 114 miles/185 km of real world (EPA) driving.   And if UK’s registration numbers prove anything...it was that more range was needed.

Historically, consumers in the UK have opted for longer ranged i3 REx (which is equipped with gasoline range-extender) nearly 2.5-times more often than the all-electric i3, despite the REx being about 10% more expensive.

As of the end of first quarter 2016 UK’s i3 fleet mix consisted of:

Results for the first quarter alone indicates that the number of registered i3 REx increased by 415 – nearly 5.5-times more than increase of 76 i3 BEV (taking into account the de-registration). We also saw this phenomenon in late 2015.