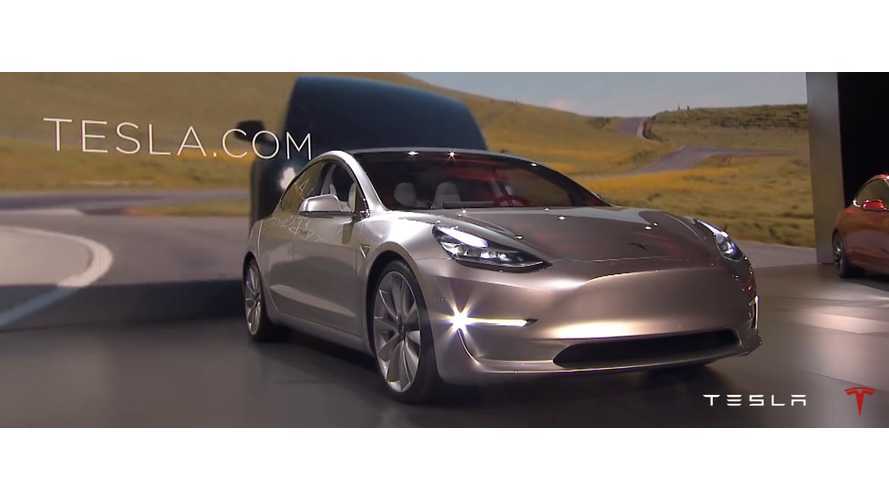 With established carmakers such as General Motors increasing the range of their pure electric models, and Tesla Motors also moving forward (and down) into the more affordable part of the plug-in market segment, actual competition now begins.

Bloomberg's David Welch reports on GM and Tesla going after the middle market with the release of new electric cars. He speaks on "Bloomberg Markets." (Source: Bloomberg)"

The 2017 Chevrolet Bolt EV, which will enter production this Fall with deliveries before year end, and the "2018" Tesla Model 3, which is pegged for deliveries at the end of 2017, are still not true direct competitors (we would never suggest that), but their ranges and affordability are pretty close.

As it stands, the Chevrolet Bolt EV's main advantage is that it will enter the long range/affordable all-electric with an timing edge of at least one year over the Tesla; which in the absence of any 'real' competition, can be an advantage as human nature is to be impatient.

The other GM advantage, is that even once the Tesla Model 3 arrives in 2018, it could still be the much quicker delivery option for new consumers - especially those looking to make an EV purchase starting with a "3" - or in other words a base optioned car.

The deep Tesla reservations queue (and an unknown initial production run, at least for the first half of 2018) could be discouraging for any Tesla customers on the back end of the list, especially the lower priority/low option Model 3 order who could be in for an up to ~3 year wait to get cars.

But other than that, we still struggle to find any significant ways the Tesla Model 3 is inferior to the Chevy Bolt EV...at least on a technical level as we understand the sizing, specs and aesthetics on the two EVs as they stand today.