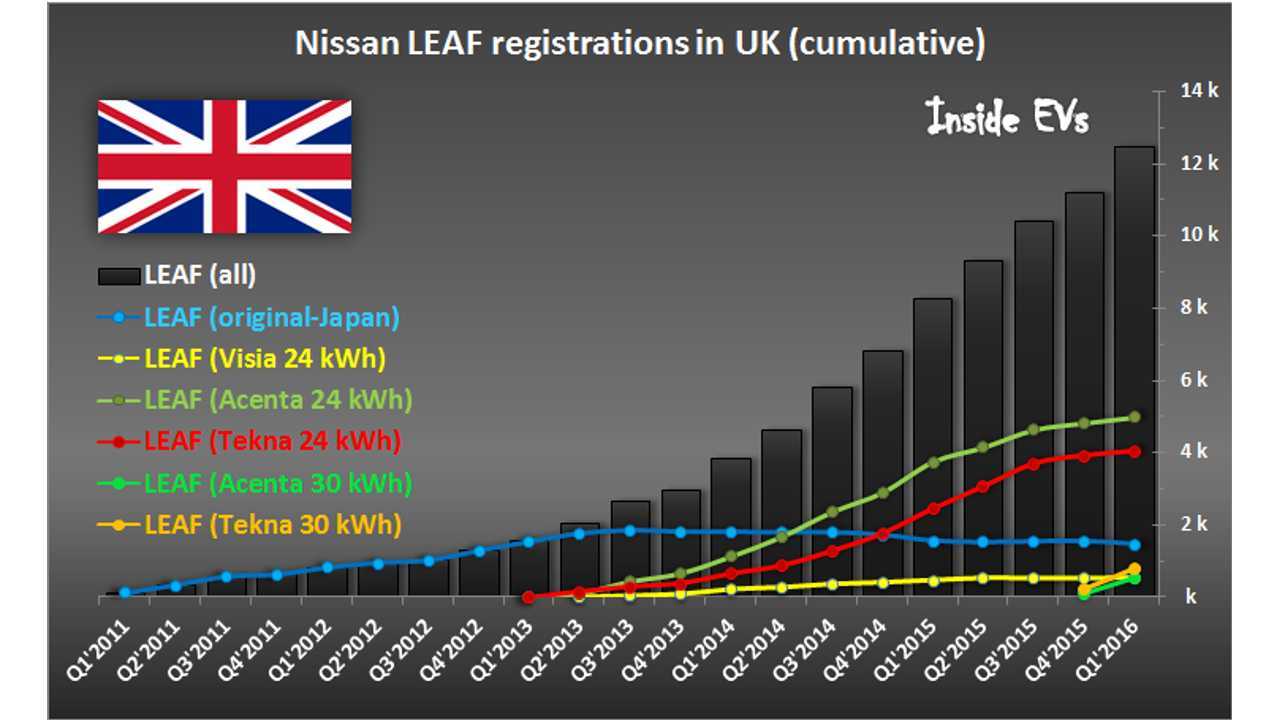 About seven months ago we checked registration numbers for various versions of the Nissan LEAF in UK, only to find out that most were higher trim levels Acenta and Tekna.

As those trim levels also received the new 30 kWh battery option (for only £1,600 more) we predicted that even more of the sales should then be 30 kWh LEAFs because it’s simply better value for money.

Now that the Q1 numbers are in, we find that the number of newly licensed LEAFs with 24 kWh batteries is decreasing rapidly in comparison to high levels...or rather, barely increasing compared it itself (depending on the trim level).

The only versions that are quickly accelerating are the Acenta and Tekna 30 kWh trims (the Visia is available only with 24 kWh).

So, the 30 kWh Nissan seems to clearly be the most popular choice, and is now becoming a more and more significant part of the 12,500 LEAF strong fleet in UK.