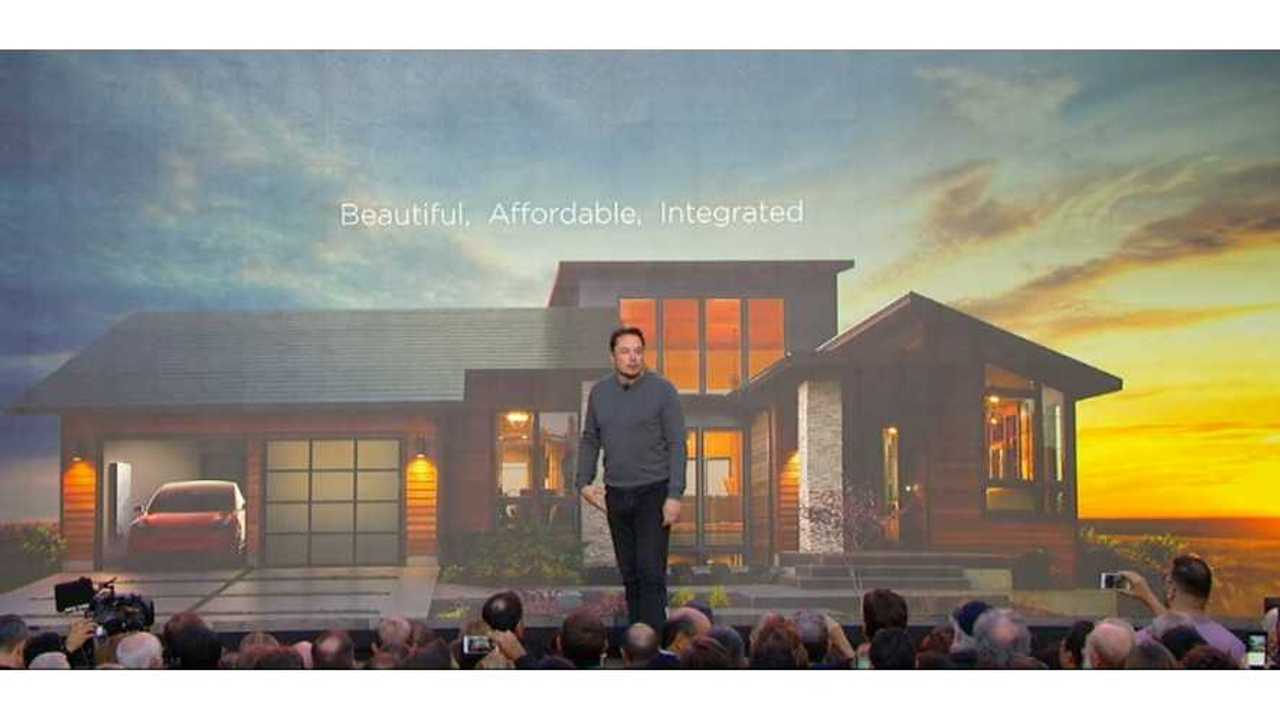 No more clunky panel installations are envisioned for new solar roofs...or roofs at all.

"We expect this to have two or three times the longevity of asphalt. It's really never going to wear out. It's got a quasi-infinite lifetime. It's made of quartz."

"The solar roof consists of uniquely designed glass tiles that complement the aesthetics of any home, embedded with the highest efficiency photovoltaic cells. It is infinitely customizable for a variety of different home styles, each uniquely engineered so that the photovoltaic cells are invisible.

Customers can choose which sections of their roof will contain the hidden solar technology while still having the entire roof look the same. These new roofs will seamlessly and beautifully supply renewable energy to homes, battery storage systems and back into the grid creating savings for owners.

When combined with Tesla Powerwall, the solar roof can power an entire home with 100% renewable energy."

Of interest: Tesla and SolarCity didn't just show off the new roofing product via video roll and a small demonstrater set-up, but rather converted several actual prop houses, normally used for TV and movies fitted with new roofs At Universal Studios in Los Angles.  One might remember them as some of the homes in Desperate Housewives.

The solar roof of course isn't cheap, but Musk says over time it will be more affordable than a standard roof and the cost of power.

"The goal is to have solar roofs that look better than normal roofs, generate electricity, last longer, have better insulation, and actually have an installed cost that is less than a regular roof plus the cost of electricity.  Then, why would you build anything else?"

The new energy storage solution will retail for $5,500 - but we should note that the system now also comes equipped with a Tesla-made (at the Gigafactory) inverter included in the package.

The latest Tesla Powerwall starts shipments this December.  Full specs can be found below - Tesla's new Powerall 2.0 page can be found here.

You'll want to tell your neighbors about your "cool" roof!

Tesla says that you can start ordering your own solar roof today, but that installations are next expected until Summer of 2017.

Musk states, "if you are building a new house, or you are redoing your house, this is the way to go."

Costing of the tiles and installation (which can vary by region) is not yet available - and the same goes for the efficiency of the tiles or the cost/per watt - but we will of course update with that information as soon as it is known.  In the meantime,  check out Tesla new solar roof solutions page here.

Anatomy of the Solar Roof