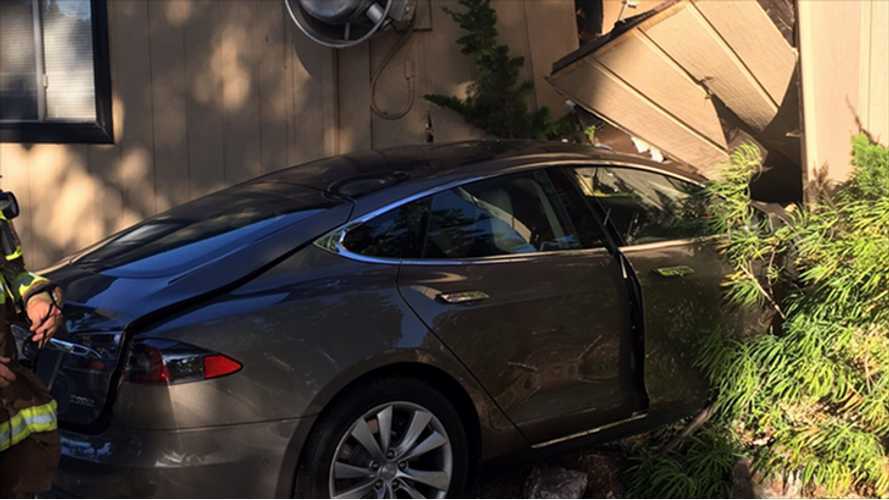 A restaurant in Atascadero, California suffered major damage when a Tesla Model S P90D crashed through one of its walls on Sunday evening.

The Tesla driver claims he/she was trying to park the car when it lunged forward into the building.

"Atascadero Police say the driver of a 2016 Tesla was trying to park the vehicle at about 6:15 p.m. when they accidentally crashed into Kai Lana Sushi & Seafood on the 3000 block of El Camino Real."

"The car lunged about three feet into the kitchen and caused serious damage."

Fortunately, nobody was injured

If this crash situation sounds familiar it's because a near identical wreck happened 2 years ago when again sudden acceleration was blamed for a Tesla crashing into Shogun Sushi restaurant in Bakersfield, California.