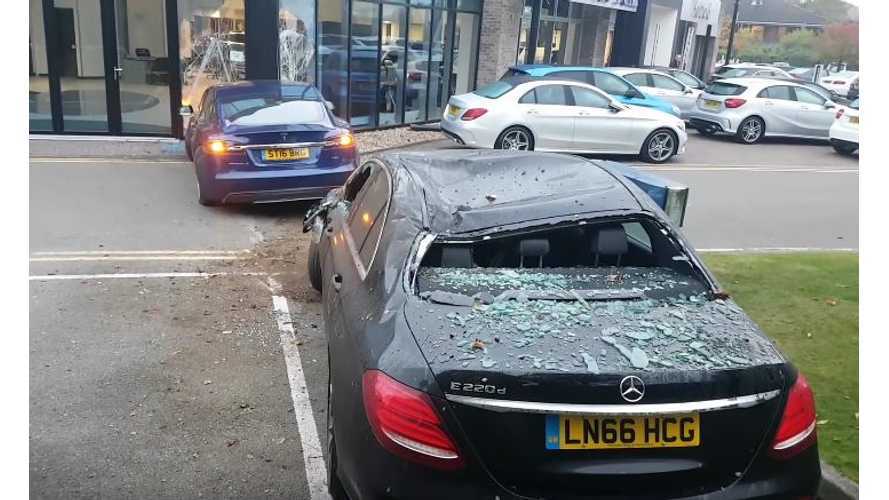 Perhaps this will result in another one of those bogus unintended acceleration claims?

What you see here is the aftermath of a crash involving a Tesla Model S, a parked Mercedes-Benz and an unsuspecting dealership.

According to the video (which can be found below), the Model S jumped the curb, flew over the nearby hedges, slammed into the top of the Mercedes-Benz, then proceeded on until the car came to a stop at the exterior wall of the Smart/Mercedes dealership.

From the looks of it, nobody was injured, but we're certain the Model S driver suffered a brief moment of shock when the car went airborne for a second or two.

Assisted in Hertford with a male who lost control of his Tesla, got airborne & landed on top of another car. He was arrested for d/drive.181 pic.twitter.com/yYYniao4k3