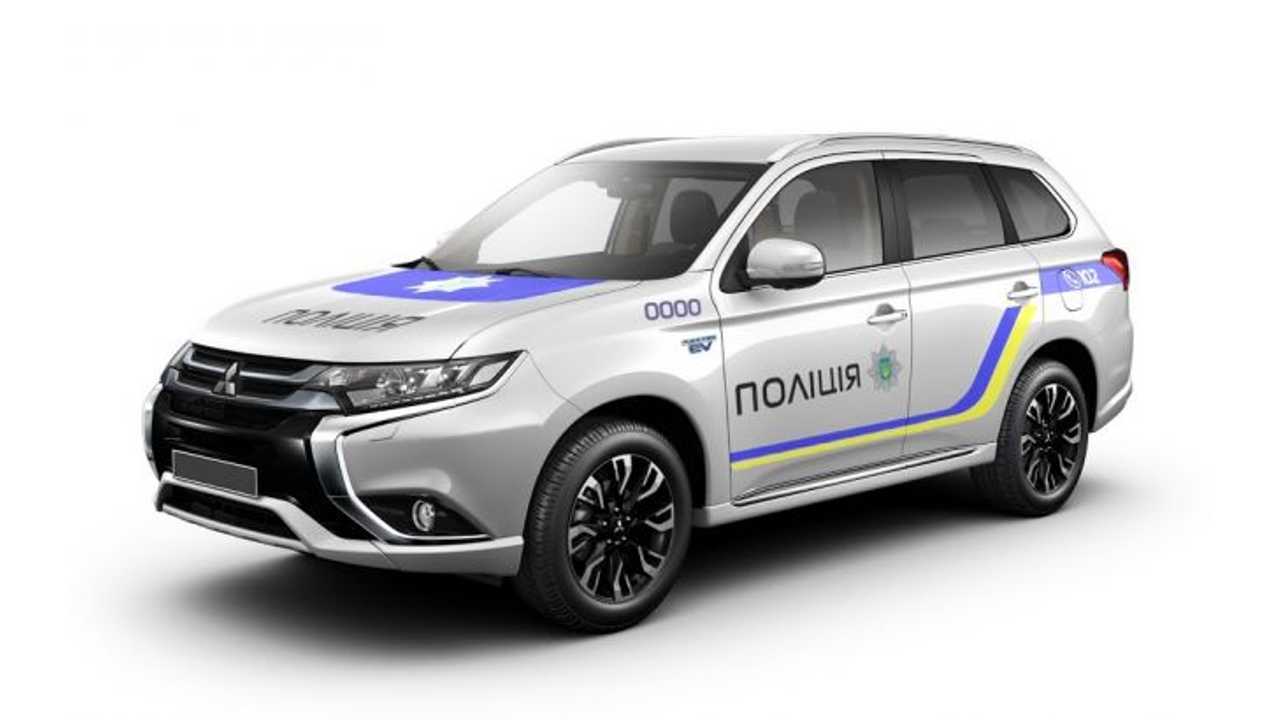 We have heard about some sizable government plug-in fleet orders over the years, but an order for 651 Mitsubishi Outlander PHEVs for Police duty really stands out.

But what stands out even more, is who ordered them this time, and no, it wasn't a hotbed of plug-in technology like Norway, the US or China.

Our first question after hearing this news was "who decided that odd extra 'one' in the 651 Outlander PHEV order was needed?"

Our second, and probably more mature question was, "how and why did this huge order come about from the relatively small (automotive-wise) country?"

First announced by the Minister of Internal Affairrs, Arsen Avakov's on his twitter, the plug-ins will replace some pretty dated VAV and UAZ vehicles and to comply with the Kyoto Protocol.

An earlier program to convert the fleet to plug-ins had been suggested as too costly, so this is an unexpected turn of events.  Mr. Avakov detailed the program (noted below, and on Facebook here) ...and also had some words to the country's workforce.

The program approved by the protocol decision of the Cabinet from 27.05.2016 №15 and developed in collaboration with the Japanese government and commercial structures in the framework of the UN Convention on Climate Change (Kyoto Protocol)."

In practice, the National Police of Ukraine will receive 651 modern car Mitsubishi -. Instead of long-outdated VAZ and UAZ"

The people of Ukraine hope that you will be worthy of this innovation! Serve with honor."

The  Mitsubishi Outlander PHEV was recently refreshed in 2016, and features a 12 kWh battery, giving the 4WD SUV a real world range of about 22 miles/35 km (or 32.5 miles/52.3 kms on the ambitious NEDC rating system).