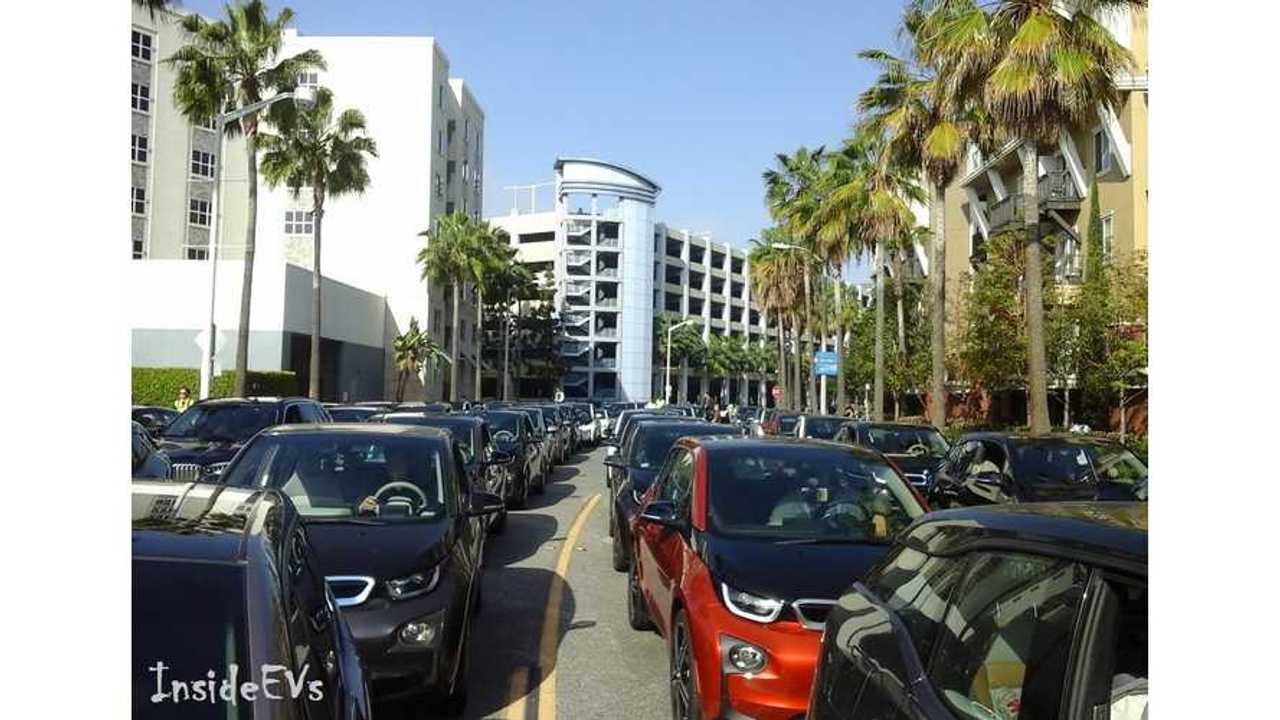 4 Rows of plug in BMWs lined up in parking garage. (My white i3 with tail lights on the right)

Besides the Formula e Grand Prix in Long Beach, California this weekend, there was also a BMW sponsored i3 gathering.

I signed up the last minute on the day before, but was so glad I attended. It was neat to be at the biggest gathering of i3 enthusiasts I have ever seen. Although it most likely didn't break the record recently set in Germany, this was most certainly the biggest i3 gathering in the United States.

The Formula e was a surprisingly impressive event. There was much more crowd interest in this event than from events attended prior.

Long Beach is a beautiful city, and it was a bonus to have such beautiful weather on Saturday. It's our hope that electric car racing brings even more positive awareness to the public perception of electric cars.

Additional lines of BMWs in front of the parking garage

Editor's Note:  Besides hosting the Formula E, and this BMW gathering, the event was title sponsored by Faraday Future, who brought not only their Concept racer - the FFZERO1, but also a teaser design sketch of a future EV thought to come to market in a "couple year's" time out of the company's Las Vegas assembly facility under construction now.

Track Parade. We all completed 2 laps

BMW Had All 4 Of Its US-Sold Plug-Ins On Display, Most Notably The X5 xFrive40e SUV And 330e Sedan