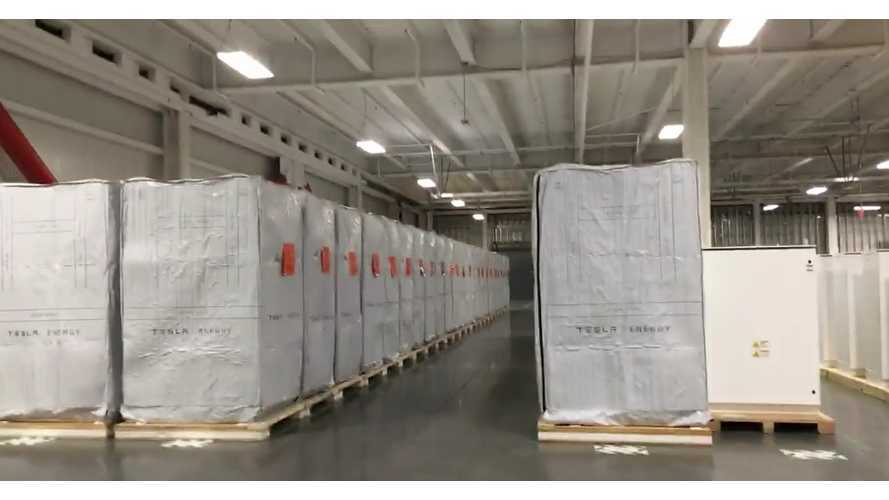 Tesla's CEO introduces the world to the Powerpack last year. Now version 2.0 hits the market with double the density (and 21-70 cells)

Powerpack 2 ...perhaps not the catchiest title, but it gets the job done.

The most significant change is in the energy density of the industrial-grade energy storage system, which has doubled - enabling 200 kWh of storage and an output rating of 50 kW.

Version 2.0 of the Powerpack also has a new Gigafactory-built inverter, a package the company says “is the lowest cost, highest efficiency and highest power density utility-scale inverter on the market,” while being easier to install than the previous generation.

The units actually started shipping in September, and Tesla notes that it has already delivered over 300 MWh worth of battery storage to ~18 countries.

Here is Tesla's blog update in its entirety:

Ahead of tomorrow’s solar roof and Powerwall announcement, we wanted to provide some exciting updates on our commercial and utility energy product, Tesla Powerpack.

This September we began shipping version 2 of our Powerpack system. With a new energy module and power electronics, Powerpack 2 provides twice the energy density and a more seamless integration into multiple levels of the grid. Powerpack 2 is also now matched with a new inverter, designed by Tesla and manufactured at the Gigafactory. It is the lowest cost, highest efficiency and highest power density utility-scale inverter on the market. It also significantly simplifies the installation process of the entire Powerpack system by integrating a number of previously independent components into the inverter itself.

The Tesla inverter paired with the Powerpack 2 allows storage to be available to the utility industry at price points and with functionality previously unknown. The combined system is now a cost-competitive alternative to other traditional utility infrastructure solutions such as building larger substations, bigger wires and more power plants. Furthermore, the Powerpack system interface and software controls give utilities and grid operators high fidelity control, allowing for better energy management and dispatch, which improves grid performance, efficiency and reliability at a low cost.

The benefits of this pairing are already being seen in projects such as Southern California Edison’s Mira Loma substation and the Kauai Island Utility Cooperative. The Powerpack systems for these two projects are being built now at our Gigafactory and, when deployed later this year, will be the two largest lithium ion battery storage installations in the world.

And this is just the beginning. To date, nearly 300 MWh of Tesla batteries have been deployed in 18 countries, and we anticipate the impact and growth rate of energy products around the world to be far greater than that of electric vehicles alone. As we continue to innovate, scale and reduce costs of commercial and grid-scale systems, we will significantly accelerate the adoption of renewable energy sources to power our world, ultimately getting us to 100% renewable energy grids.