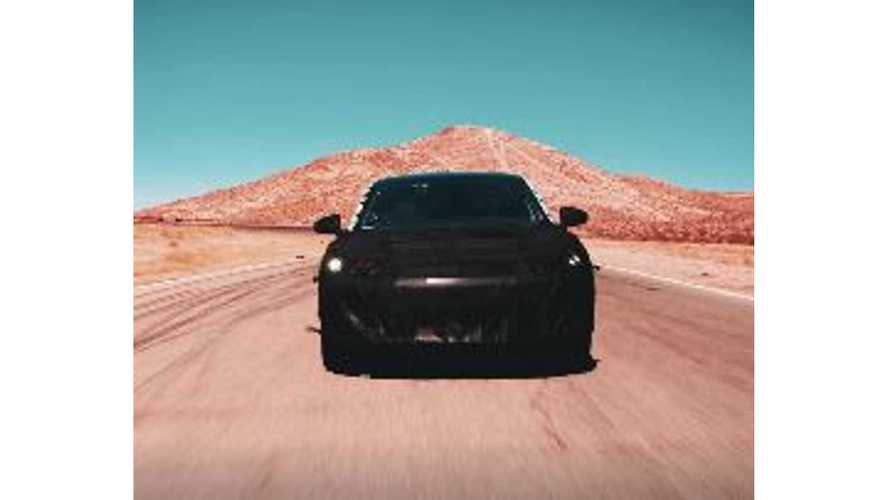 It's just a brief glimpse, but this is the first official look we get at Faraday Future's prototype electric car.

"Electric performance; a first look at our prototype in action. Things are moving fast."

From the video, it appears as though Faraday's upcoming electric car based upon this prototype will be a large-sized hatchback / CUV. If true, this is a relatively untouched segment for plug-ins and Faraday could grab hold of most of the segment.

Here's what else we know of Faraday Future's upcoming electric car: