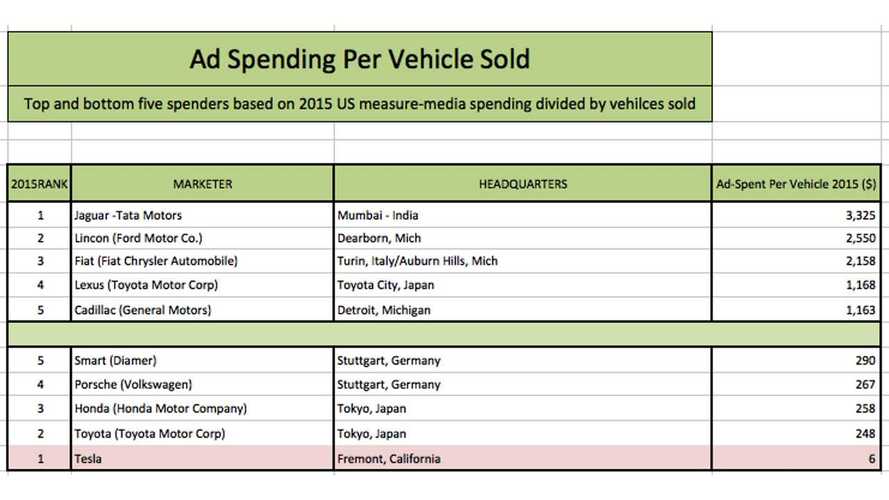 It's a well-known fact that Tesla Motors has a marketing/advertising budget that's close to $0, but now a report from Global Equities Research shows us just how little Tesla spends per car on advertising.

While most automakers spends a couple hundred dollars (some several thousand) per car sold on advertising, Tesla spent just $6 per car sold in 2015.

"A new study by Global Equities analysts Trip Chowdhry approximates that Tesla spends even less at $6 per vehicle. In an e-mail to investors this week, Chowdhry said “Tesla power and leverage is unprecedented. $6 of Ad Spent per Vehicle for the product generating more than $8 Billion in revenues and more than $14 Billion in bookings is unheard of in the Industry.”

Of course, Chowdry is a well-know Tesla backer and has continued to raise his target price for Tesla stock, so we should probably take this report with a grain of salt. Maybe it's not $6, but we do all know that Tesla spend very little on market/advertising and that should help the automaker in the profit department at some point in the future.