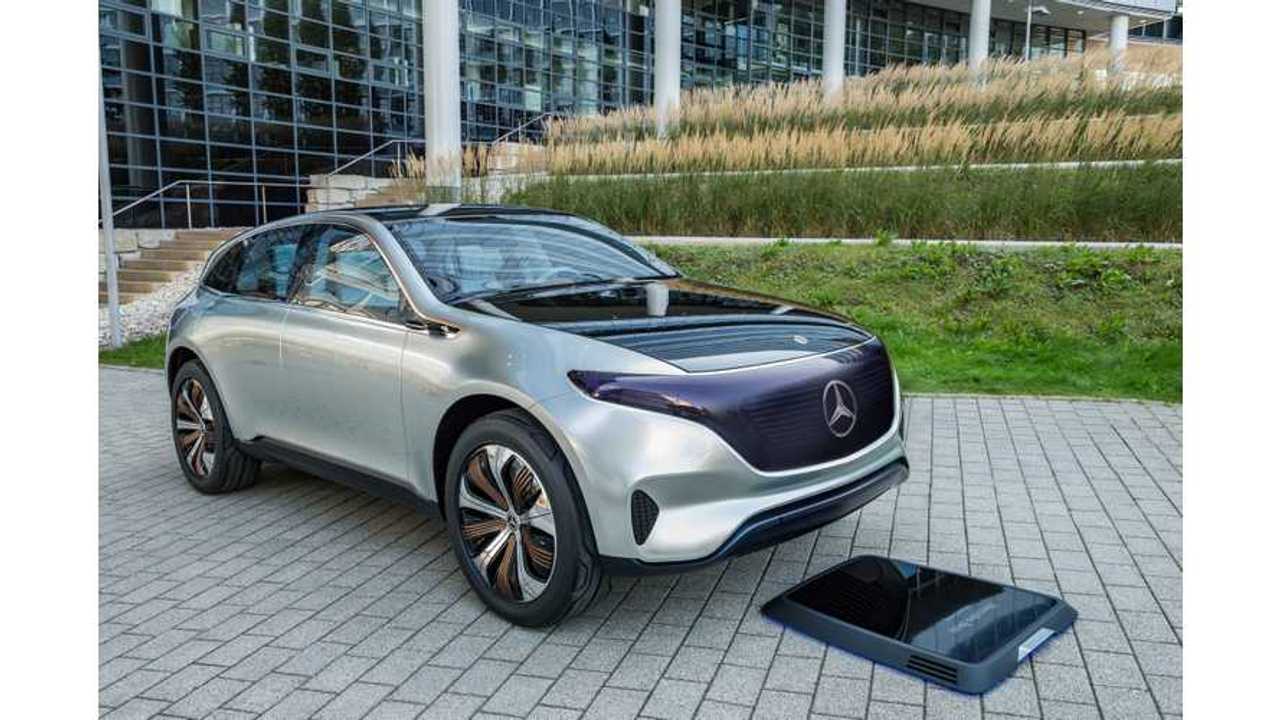 Mercedes-Benz is starting preparations for the introduction of its first EQ branded all-electric vehicle.

The concept SUV Generation EQ with up to 500 km (300 miles) range was first presented from the Paris Motor Show in September, and now the production-intent version planning is underway.

Sales of the new all-electric model is scheduled for 2019, with Mercedes-Benz just announcing that the production itself will take place in its Bremen plant in Germany.

In total, Mercedes-Benz intends to have more than 10 all-electric models in 10 years from now (by 2025).

"The production model will be based on the EQ show car – an electric vehicle in the look of a sporty SUV Coupé, that was presented at the „Mondial de l’Automobile 2016“ in Paris in September. With a range of up to 500 kilometers and the typical Mercedes strengths such as safety, comfort, functionality and connectivity, the show car is forerunner of a new era. The product brand EQ is an elementary part of the corporate strategy for future mobility bundled under the term CASE. The four letters stand for the four strategic pillars Connected, Autonomous, Shared & Services and Electric Drive, which are connected intelligently.

Mercedes-Benz Cars aims to have over ten all-electric vehicles in its portfolio by 2025. The new electric vehicles can be built within the existing global production network with sites on four continents."

"The product portfolio of the Bremen plant currently consists of ten different models. Next to vehicles with conventional combustion engines, plug-in hybrids of the C-Class and the GLC are also rolling off the production line. In addition, the GLC F-CELL – the worldwide first fuel-cell vehicle with plug-in technology – will be produced in Bremen. With the confirmation for the new Electro-SUV of the EQ brand, cars “made in Bremen“ will cover the entire range of intelligent drive technologies in the future."

"The battery for the new electric vehicle will be developed by the Daimler subsidiary ACCUMOTIVE and produced in Kamenz (Saxony). The production is currently being expanded in the context of the corporate strategy CASE with an investment of 500 million euros. With this, one of the largest and most modern battery factories in Europe will be built. In future, ACCUMOTIVE will produce lithium-ion batteries for all electrified vehicles of Mercedes-Benz and smart – including plug-in hybrids as well as fully electric vehicles. On top of that, the site will produce batteries for stationary Mercedes-Benz energy storage units as well as 48-volt-systems. Daimler plans an overall investment of more than one billion euros in a global battery production compound."

“Emission-free automobiles are the future. I am pleased that for the series production of our first electric EQ model, we can count on one of our most important partners in the global production network: our colleagues from Bremen. The Bremen plant delivers a maximum of flexibility and high speed as well as Mercedes quality from the beginning, also for our electric models,”.