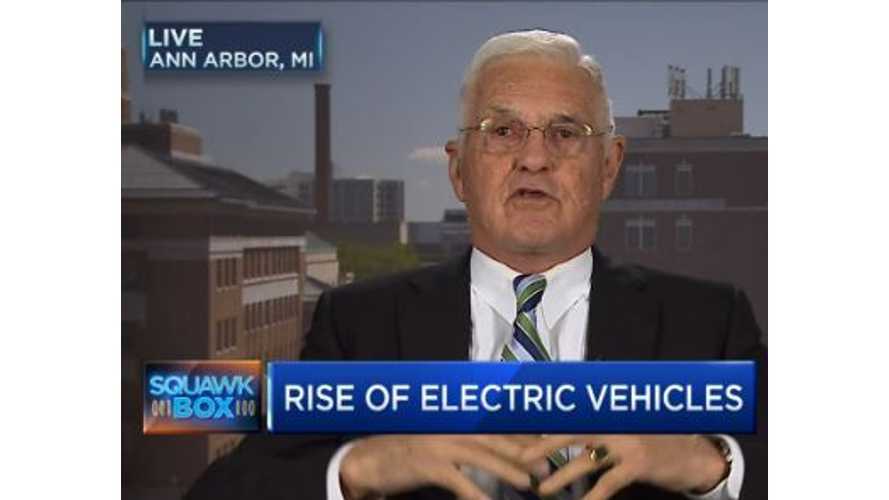 Bob Lutz' rhetoric bores us these days, but if he's dead set on conducting an interview on national media that blasts electric car and/or Tesla, then we figure we should at least provide those he attacks with a chance at defense.

In his latest interview on CNBC, Lutz once again attacked Tesla, but he doesn't stop there. Lutz falls off the deep end by blasting Tesla supporters too. His words (via CNBC interview):

"Tesla supporters are like members of a religious cult. Just like Steve Jobs was worshiped at Apple, it's the same way with Elon Musk ... seen as a new visionary god who promises this phantasmagorical future, a utopia of profitability and volume."

"I just don't see anything about Tesla that gives me any confidence that that business can survive."

Well Mr. Lutz, the shareholders believe Tesla will survive, and the automaker's latest Q3 financial reports indeeds shows that the company is improving from an overall business stand point, and is capable of turning a profit.

But back to Lutz blasting Tesla supporters (these are the same people who may be in the market for a VIA Motors PHEV truck, ya know), Elon Musk had a classic response to Lutz that we just have to share: