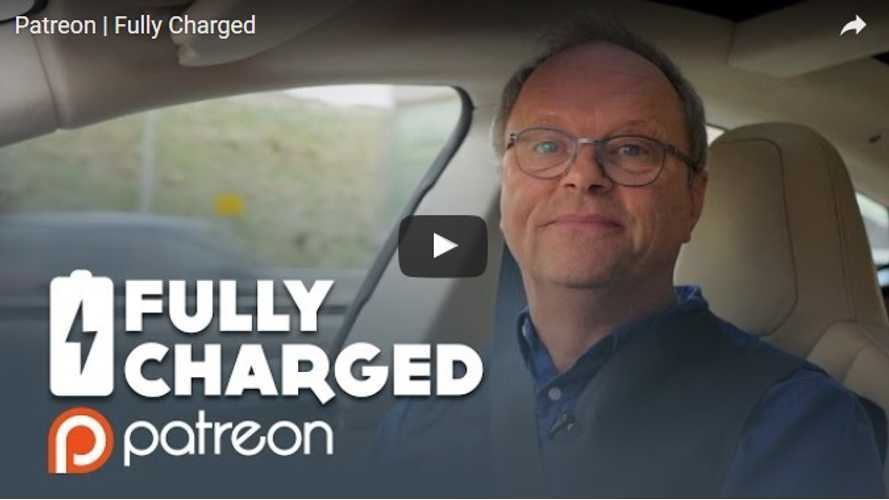 Robert Llewellyn has announced the return of the Fully Charged series, which covers electric vehicles for around six years.

Soon new episodes will be released, but as the making of videos requires a lot of effort (and it can be darn hard building up your own organic advertising base if you don't have the viewership numbers), Robert has launched a request for support on Patreon.

In the past Mr. Llewellyn's shows have often had title/corporate sponsorship, such as the from Ecotricity a season or so ago, and British Gas before that.  It appears there is currently no one stepping up corporately (other than a small position from Bosch)to maintain revenues.

So, if you would like to thank Robert for all the previous seasons, and wish to see more, maybe it's the right time to act, or at least spread the word about campaign. (Hear the pitch from Robert from the 2:23 mark)

"Fully Charged has been going for 6 years. In that time I have created 189 videos on the channel. It costs money to make them, I've had support from energy companies and manufacturers over the years but now I'm turning to Patreon. With Patreon support I am free to cover any and all of the stories, breakthroughs, new vehicles and new energy systems that are rapidly appearing.
The more of you that support Fully Charged, the more episodes I can make. I really want to keep this series going, it's growing rapidly with more and more subscribers every day. Your help is a vital part of the mix