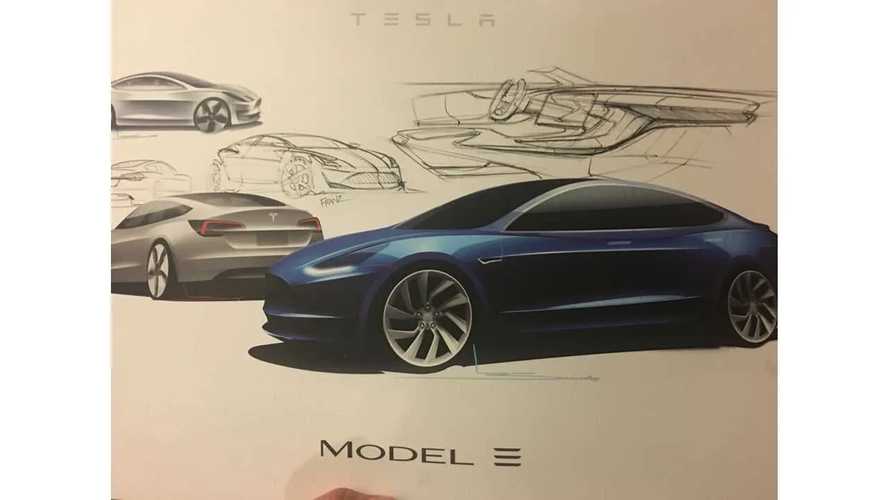 Late Saturday night Tesla CEO Elon Musk tweeted these "initial sketches" for the Tesla Model 3 (of which the ~800 live attendees of the reveal (watch here) also received a copy of), and the drawing shows some pretty decent follow-through from the company on its way to production.

Here is the production-intent Tesla Model 3 from its Thursday debut looking near identical, except of course for those pesky side mirrors and the occasional "faux" front grille:

And before anyone says, "Hey InsideEVs, Elon didn't say it was the initial sketch..."

Well he did...but he accidently referred to the Model 3 as the Model X in his tweet (something we are guilty of doing ourselves in recent stories from time-to-time as the characters are so close on the keypad), and hurriedly pulled down his original tweet and corrected the mistake...but with a little less info.

Thankfully, we never sleep and caught the tweet before it disappeared.