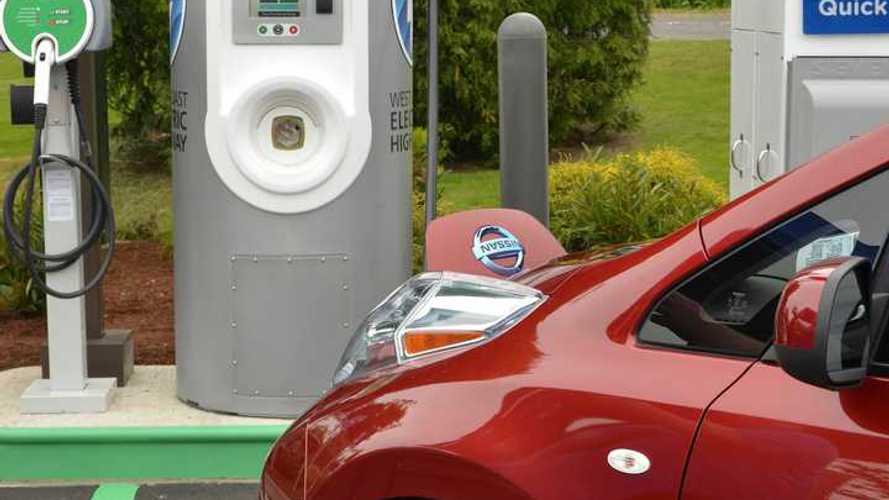 OK, so the reality in 2016 for most geographical locations is that the charging station business is unprofitable. The primary reason is a simple equation of the cost of the installations versus the number of customers to use the station. The customer base simply isn't there yet, but it will be eventually. Here in Texas, our charging infrastructure is pathetic. But there are plenty of areas where the situation is even worse. How can we fix this?

Well, I came up with an idea. I've read how many people have installed an outdoor station near their driveway just so they can put it on PlugShare. Now the reality is that not many people will stop to recharge their cars in another person's driveway, unless they are literally going to be stranded otherwise. There's nowhere to go, and it is probably awkward to sit in a person's driveway for hours to use an L2 station.

So I had the thought of "crowdfunded charging stations." And I've got the whole thing figured it. I just lack the time to put it together. So hopefully somebody else will take this idea and run with it. Imagine a website where you can pick a geographical area and see a list of potential charging station installs. I'll make up an example. Let's say there is a Target store nearby that would be a fantastic location for a charger. Somebody could create the project on the website. At which point it would just be a suggestion.

Next, somebody would have to go down and actually speak to the manager and explain it to them. Basically the points of the conversation would go like this.

"Would you be willing to have a charging station installed on your property, at absolutely no cost to you. We would pay for the wiring, the station, the sign, and painting the parking spot. The station would be free for your customers to use. The only cost to you would be the electricity."

At which point you might mention how little that is likely to cost. If they are worried about somebody mooching every day you could put something like a 1 hour limit on the sign. Once they agree and you have a signed document, you scan it and upload it to the website, and now that project is highlighted as approved.

Crowd funding of charging stations eases the burden of profitability

Next somebody would need to look at the facility, figure out where the station is going to go, and do an estimate as to what it would cost to install it. So that figure is posted and the project goes live and people can start donating funds. Once the project is funded, work can begin installing it.

So that is the gist of how it would work. Now here are some finer points to consider:

Any location could be considered as long as there are people willing to donate. A more remote area used by only a handful of people will mean that the donors would have to each spend a LOT of cash to make it happen. Whereas a business like a local mall with hundreds of thousands of customers, could be funded with larger amounts of people each donating a smaller amount of money.

Prime locations to consider would be a business with a lot of traffic, excess parking, and preferably a few parking spots next to the building which would prevent having to trench cable under a parking lot. Also, exposure is good. In areas where people aren't familiar with EVs, it does help for people to see cars charging when they walk by. It is a reminder to them that Evs are real and they can be driving one today.

Part of the contract would have to include that parking rules would be enforced, with a proper sign notifying people that violators will be towed. There's no point in taking people's money if the station will be blocked by gasoline cars 24 hours a day.

L2 stations would be the primary focus due to the cost, but in theory if the donors are there then DC fast charge stations could be considered.

The type of station being used would be basically a home station. Since it would be free to use, there is no point in adding the cost and reliability problems of putting in a station that is setup to charge money. There are plenty of home stations rated for outdoor use. Most of the broken blink stations around are broken because of those features, and yet in many places the stations were setup to be free for use. So had they just installed a home unit in the first place, they'd likely still be working and be very reliable.

A small sign could be placed near the charger with some names of any high-profile donors, that might incentivize some businesses to donate to the cause.

Donated services would also be a big plug (via ATOH)

Besides donating money, professionals such as electricians or even regular people could sign up to donate their time. That way when it comes time to do the install, you could have a workforce of people there to help, thus further reducing the cost of hiring professionals.

Just based on the cost of installing the station at my own home (which I did myself) and also my experience being involved in the station that was installed in the parking lot at my workplace, I have a hunch that many of these installs could be done for $2,000 to $3,000 a piece. If all of the labor were free, probably half that. This is much more cost-effective than most commercial installs.

And to wrap this proposal up. I'm willing to put my money where my mouth is. I'm willing to donate $500 of my own money to any local installs in my area around Kennedale, Arlington, or Mansfield (assuming I agree with the locations). I will also donate my time helping with the actual installs in any way I can.