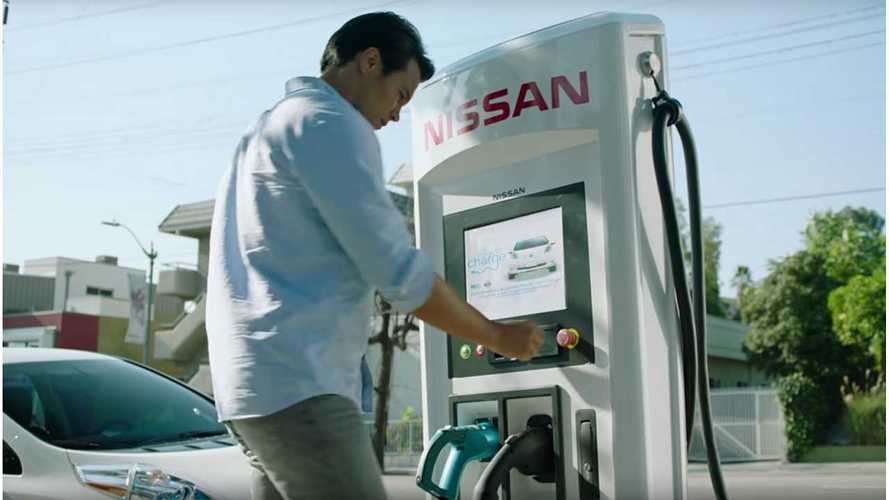 Much has been made of Volkswagen's $14.7 billion dollar "Dieselgate" settlement, out of which $2.0 billion is being set aside for initiatives to promote the use of zero emissions vehicles in the U.S. over the next 10 years.

To that end, we have already heard from 28-odd charging providers, paranoid that their very existence will be stamped out with so much new "free" cash entering the US to promote zero emission vehicles...if those monies to be invested are left to the discretion of Volkswagen.  A fair point for sure.

Most notably, ChargePoint penned a court filing with the Department of Justice, saying the huge amount of new capital could "drown out" the industry, and as a result, they would like some stipulations put in place over the way the money is dispersed; no doubt hopefully getting in on some of that action along the way.

Now we hear from Nissan on the subject. The company actually says the settlement is a good thing overall for the segment, but also wants to look out for its own interests (not surprisingly) at the same time; as specifically, VW backs the CCS Combo protocol, which Nissan plug-in products can't use because of being tied to the CHAdeMO DC fast charging system.

Not to be outdone by the charging network providers of today, Nissan sent its own letter to the courts, saying that the automaker wants to "serve as an ally" so that the money is used, "in a way that is beneficial for the entire industry".

Via Autobloggreen while discussing the letter, Nissan said:

"We believe that this funding could be instrumental in supporting a continued 'Infrastructure for All' approach that benefits all automotive OEMs and importantly, increases the pace of EV adoption."

Nissan goes on to point out that the company has invested huge sums of money into an open fast charging standard in the US, and that the company has "deployed more than half of the 50kW dual CHAdeMO and CCS equipment available in the market today".  As such, Nissan would like to see new money that is put into charging infrastructure to also include both CCS and CHAdeMO protocols, as well as being an open-standard for access.

Nissan's plan for VW's $2 billion settlement includes no love for hydrogen refueling stations; calling them so expensive that they could "dilute capital available to make significant progress on EV infrastructure expansion".

As it stands after the settlement details are officially sussed out, $800 million will go to California and will be overseen by CARB, while the balance ($1.2 billion) heads out nationwide via EPA oversight.

Nissan's suggestions on how the money should be used is below:

Nissan: Public fast charging (especially on highways) should take priority over all other EV infrastructure/promotion plans

1.) Funding should be allocated to projects that are led, organized and managed at a national level to avoid a patchwork of initiatives driven by individual states or local entities that are not holistic and/or coordinated.

2.) Funding that supports Fast Charging must include multi-standard/open-standard equipment (including CHAdeMO).

3.) Public DC Fast Charging should be prioritized over other efforts, and funding should be allocated towards areas of the ZEV industry that suffer the largest market failures due to limited short-term ROI leading to a lack of private-sector investment.

4.) Funding should address the need for a National High-Speed Fast Charging Network along interstates.

5.) All networked equipment funded under the ZEV Investment Commitment should support the Open Charge Point Protocol (OPCC) to allow choice between network providers, and it should allow for open credit card payment methods (EMV and mobile payments) without requiring drivers to sign-up for proprietary network memberships.

6.) Utilities should continue to invest in pro-EV policies and programs given the sector will be one of the largest beneficiaries of the growth of electric refueling.

getting a boost (arrives next June)

Of particular interest to us (and something we have been pounding the table for quite some time on) is #5, stating that all charging spots should adhere to OPCC, meaning no closed systems, or "walled garden" membership systems are needed to acquire a charge - just a credit card.

We know all the charge networks love the membership system, and they feel that is part of their lifeblood - but at the end of the day, it really impairs the national public charging infrastructure.

Also of note is #7 - which is Nissan basically throwing shade on hydrogen tech, and the several million dollar per station cost to set-up fuel cell refueling points.

Overall, we tend to agree with Nissan on the suggestions it is making in regards to the $2 billion worth of settlement dollars from VW.