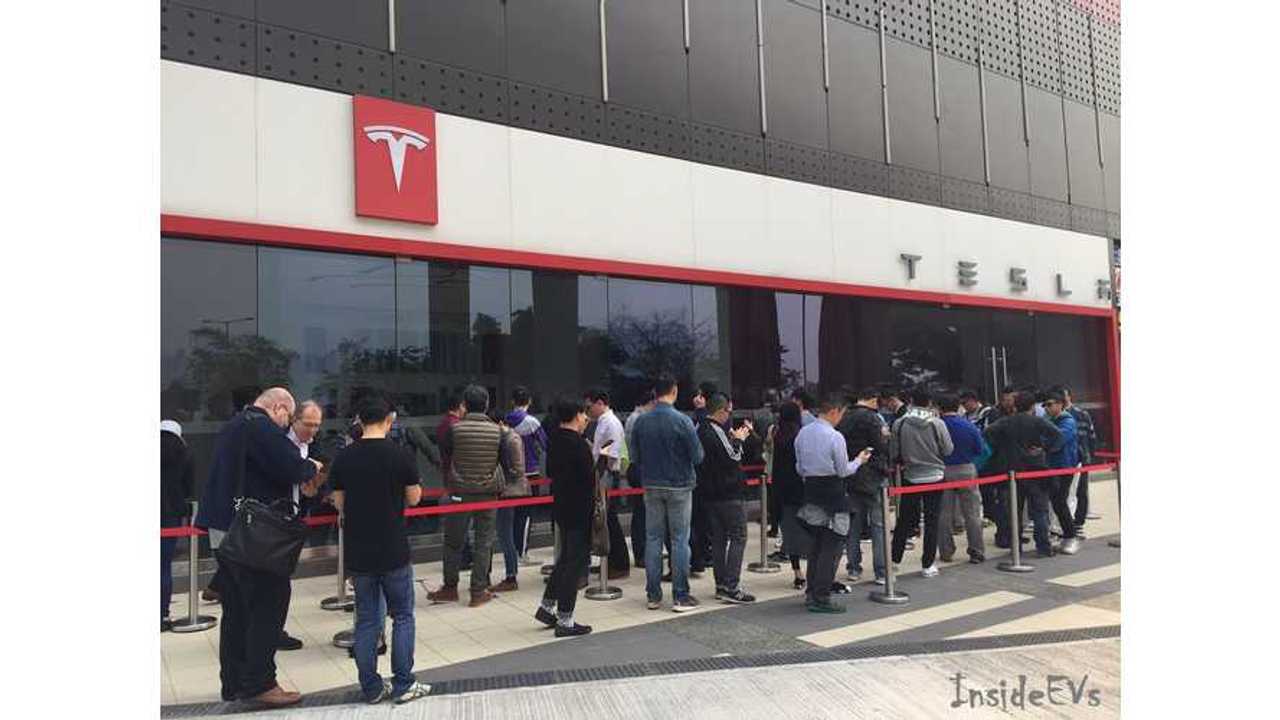 Tesla CEO Elon Musk Thought He Would Be Announcing ~6,000 Early Sight-Unseen Deposit Reservations At The Launch Party...missed it by that much (~110,000 or so)

As promised Tesla CEO Elon Musk gave us a "3 day" update on the total number of Model 3 (specs/details) deposit reservations.

This will almost be the end of the near-real time updates on how the demand for Tesla's 215+ mile EV for the everyman is progressing, as Musk earlier on Saturday tweeted (below) that a further "1 week" mark update would be given next Wednesday.

Then the company would focus on the business of building more Model 3s, and faster; a sentiment we have no issues with as there is a ~dozen or so Model 3s on order by InsideEVs contributors.

In a somewhat related matter, for those ~118,000 customers who took to the streets to order a Model 3 early/sight unseen at Tesla stores, the CEO mentioned he has not forgot about the "token" gift he promised you.

It will be coming by mail, that is as soon as he orders more...you can bet it is something to help promote the car, so perhaps a hat, T-shirt or light jacket?

...with thanks from Tesla

The tweet, perhaps unintentionally, gave a window into Tesla's expectations as to how many consumers might be fanatical enough to put down a deposit on an EV they had never laid eyes on.

As the ultimate tally represented a huge misjudgement, this means that Tesla's already fairly ambitious future sales goals will only go higher in the future.