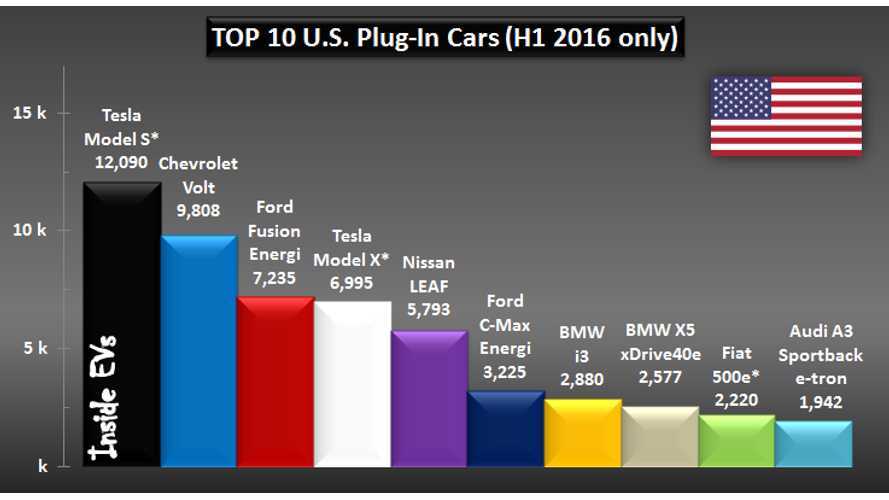 A lot has changed in the U.S. plug-in market this year compared to a year ago as we see big reshuffle in Top 10 models (2015 results can be found below).

AS part of the changes there are also several newcomers to the list, such as the Tesla Model X, BMW X5 PHEV and Audi A3 e-tron.

We should especially note the Model X (even after all the production constrains) as it finds itself high on the countdown in 4th place, ahead of the Nissan LEAF, and with eye on 3rd!

Speaking of 3rd, the Ford Fusion Energi improved significantly to move to this position, and is really not that far away from Chevrolet Volt, taking into consideration Volt's second generation sales bump, and the fact that Ford sold 1,700 in the refreshed Fusion Energi's (little more range, efficiency and creature-comforts inside) first partial month on sale in June.

Tesla, Ford and BMW were able to put two models into Top 10, which is also pretty good achievement.

Most of the sales are for all-electric cars, but without much momentum compared to previous year, while the plug-in hybrids are finally growing back towards their best levels thanks to the Volt/Fusion Energi duo19: