When Will The $7,500 US Credit Expire For The Tesla Model 3...And Everyone Else? 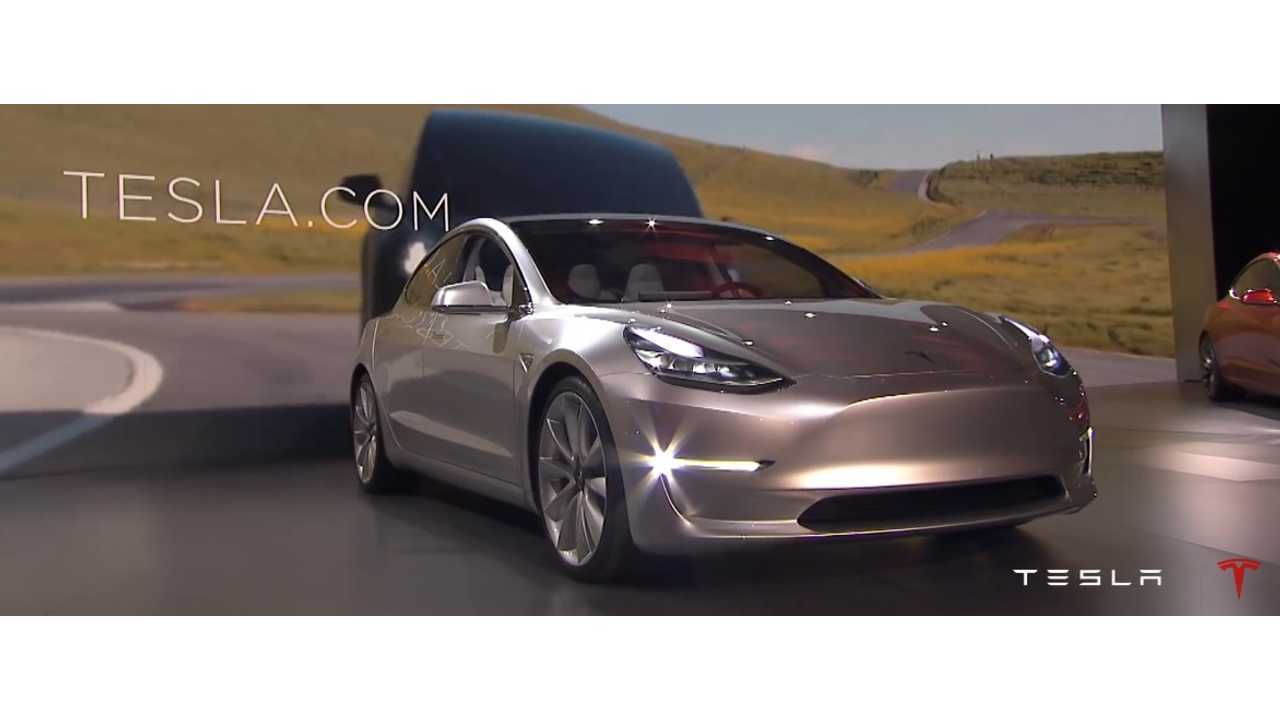 Will There Be A Federal Credit Available To Me When I Take Delivery Of My Model 3?

With the recent Tesla Model 3 debut, and subsequent rush of several hundred thousand deposits for a car that won't start deliveries until late in 2017, the most discussed 'after deposit' topic was:

We counted no fewer than 7 separate conversations happening on the subject here in the InsideEVs' community just after the car's launch.

So, as there is obvious considerable interest (and also some confusion), we'll take a moment to explaining the credit, and also put a date on when the $7,500 will most likely expire for the Model 3.

And because this topic is one of concern to buyers of plug-ins from all automakers, at the same time we will lay out the data and expectations for all the major OEMs who will be losing (or at least start to lose) the credit over the next 48 months.

At that time, and so as not to disrupt/confuse those buying the EVs, the full $7,500 continues through the end of the current quarter and to the completion of the next quarter.  After this period ends, the credit is reduced to $3,750 for the next 6 months, then to $1,875 for the next 6 months before expiring completely.

During any part of the phase-out process (between sale #200,000 and the calendar expiry date), the OEM is free to BUILD AND SELL AS MANY EVS as they can/want, receiving the applicable incentive amount.

An example of the system on a graph: 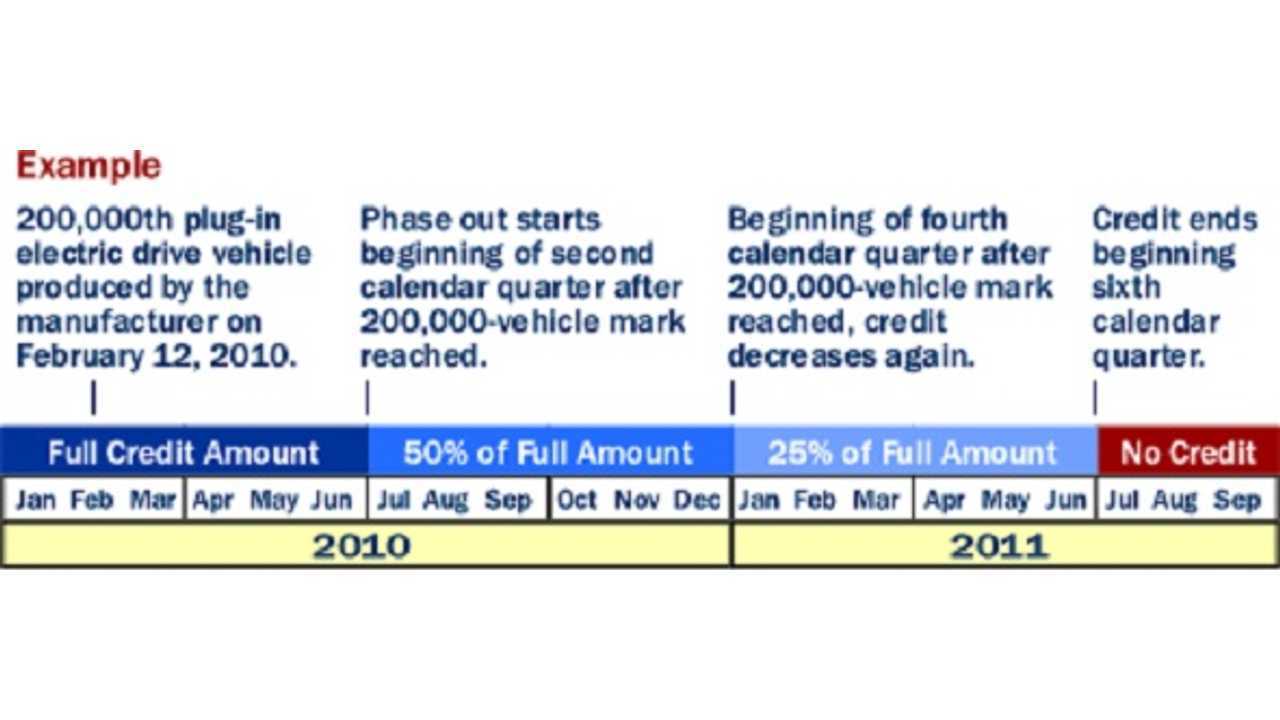 How The $7,500 Phase-Out Of The Federal Credit Works 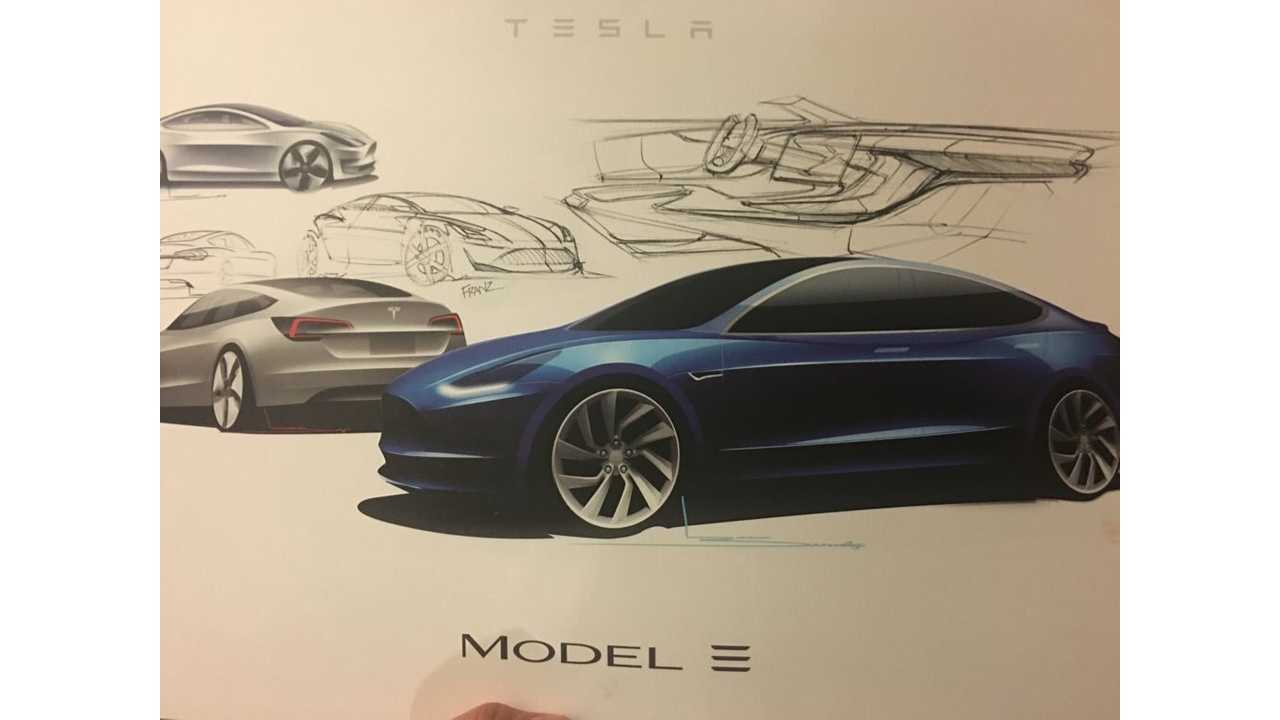 There we go, now the basics are out of the way.

So the first (and easiest) thing to determine next is how many total qualifying EVs have already been produced for the US by an OEM.

From there, we take the future expectations for sales, and chart out when the $7,500 will phase-out as explained above.

And while some might think this is a difficult task, and thereby making the expected expiry date difficult to peg...it is not.

As the credit wind-down benchmarks are triggerd by quarter/half year posts, these are pretty darn big targets.  Your +/- is factor is 1, at most.  It is almost like shooting fish in a barrel...with one or two exceptions.  And none of those exceptions involve Tesla, as its sales path is well charted.

So without further adieu, here is the expected phase-out chart for all the major OEMs in the United States: 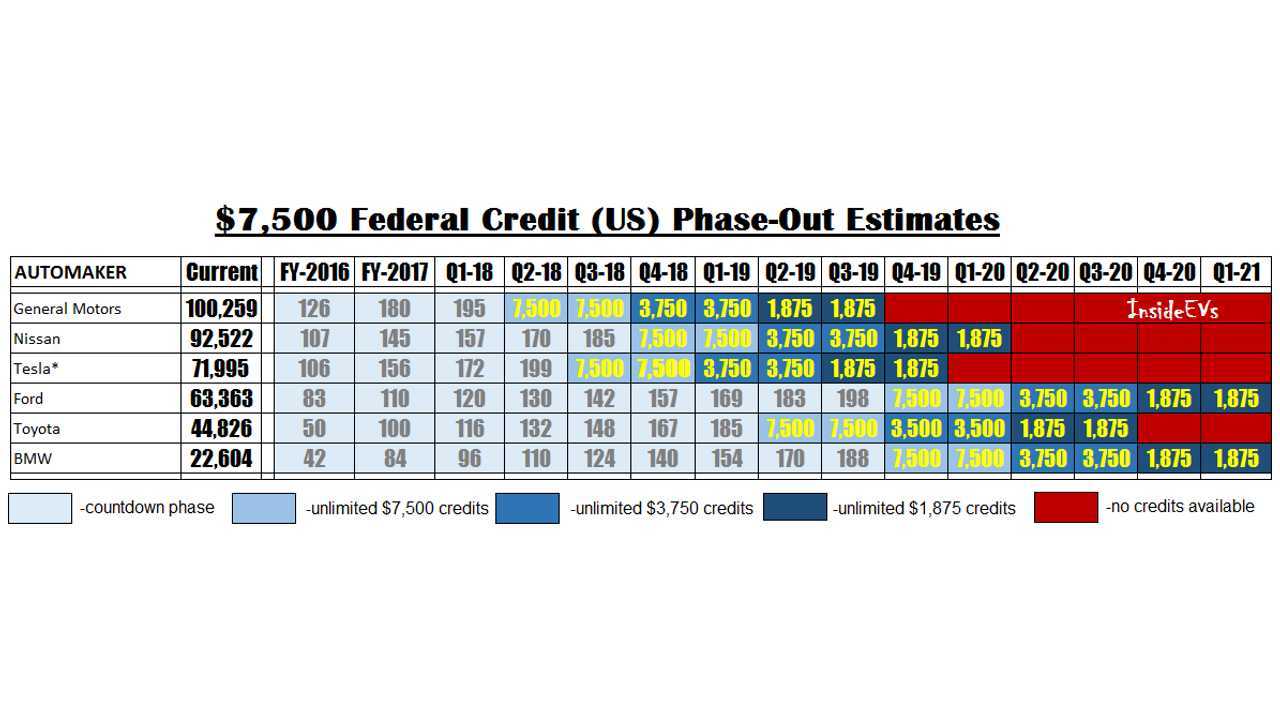 Obviously as automakers are aware of this credit, those sensitive to the effects of the program (such as Tesla) will make sure that EV #200,000 is moved at the very beginning of a new quarter, thus ensuring the maximum number of unlimited selling days (~6 months) for its "in demand" plug-in products.

Take note for those outside the US, you should realize that when Tesla says they will start delivering the Model 3 on the US west coast starting in late 2017, before spreading out further east thereafter, before moving internationally (Canda, Asia/Europe, RHD), if the US federal credit program (as it stands today) is still in place, your odds of receiving a Model 3 delivery in the second half of 2018 is pretty poor. 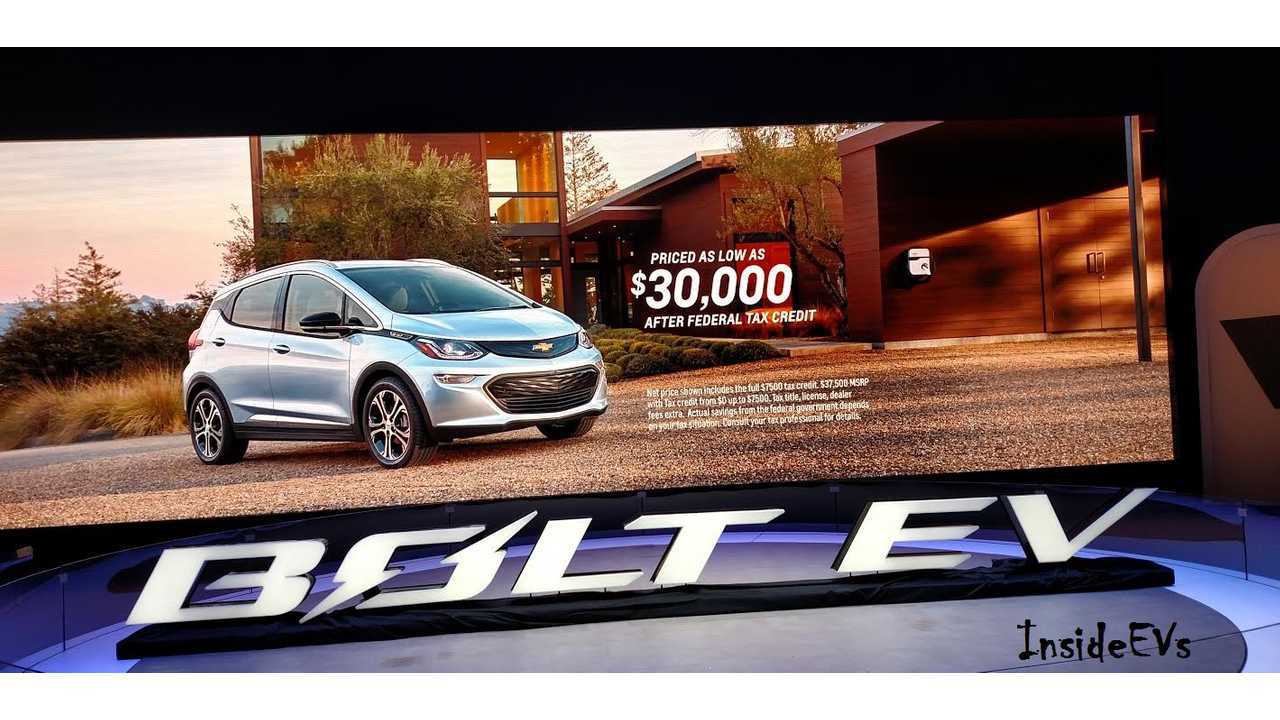 The $7,500 EV Incentive Was Built With GM In Mind, In Our Opinion No National Credit Will Exist Without The Company's Inclusion...regardless of the number of plug-ins GM sells

With all  that said, we don't believe for one moment that the credit will be permitted to phase-out as outlined today, especially not for a US automaker(s) first;  and we do not believe that it will be Tesla who will gets to 200,000 first.

Our belief is that if the $7,500 credit has not already been reconfigured with a hard sunset/with benchmarks for all OEMs as a cumulative group, or has not just been renewed/extended outright by the US administration just after the coming election, the pending arrival of General Motors to the credit limit will see government action taken to make one of these changes at that point. (After all, the original credit was written with the Chevy Volt, and its 16 kWh battery, in mind)

To leave the credit program as is, while the pioneers of the plug-in segment (GM, Tesla and Nissan) are punished for taking up a leadership role, while the laggards are rewarded with a huge competitive market advantage is...well, un-American.