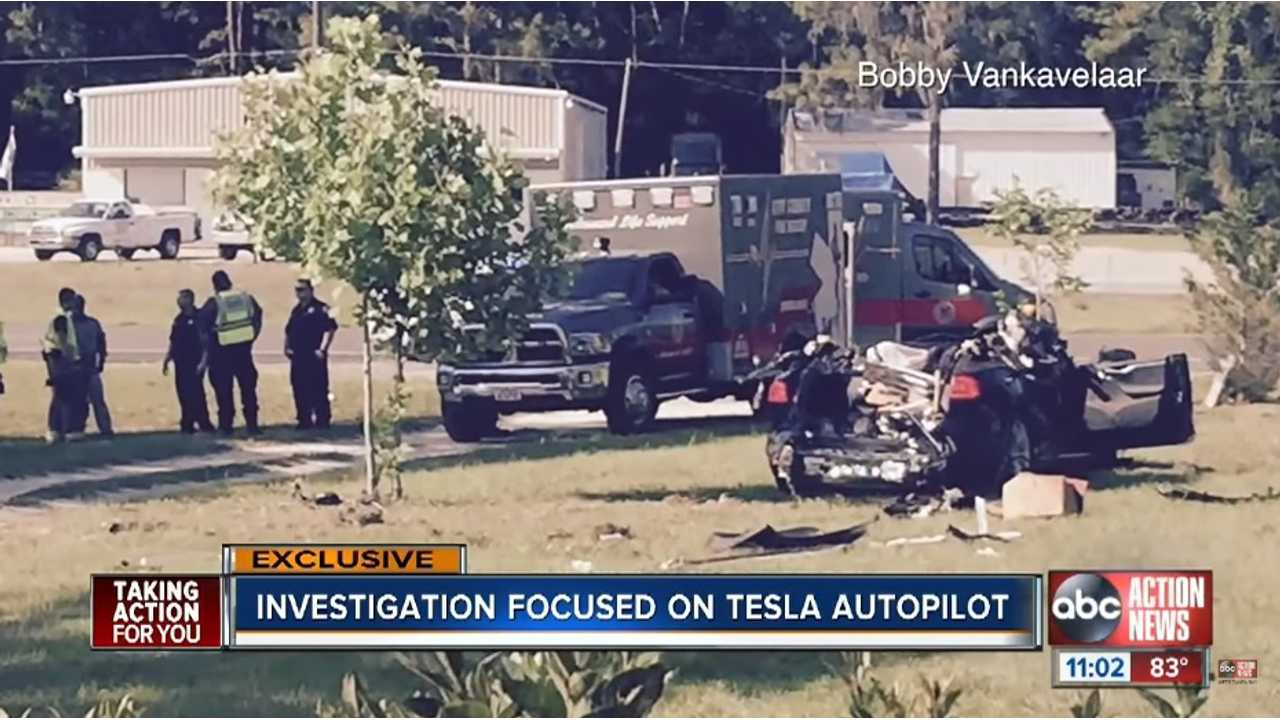 The fatal crash involving a Tesla Model S in Autopilot mode and a a large truck/trailer may have a slight development.

It had been previously reported that a DVD player was airing Harry Potter in the Model S at the time of the crash:

"Frank Baressi, 62, the driver of the truck and owner of Okemah Express LLC, said the Tesla driver was “playing Harry Potter on the TV screen” at the time of the crash and driving so quickly that “he went so fast through my trailer I didn’t see him.”

“It was still playing when he died and snapped a telephone pole a quarter mile down the road,” Baressi told The Associated Press in an interview from his home in Palm Harbor, Florida. He acknowledged he couldn’t see the movie, only heard it."

Well, that may or may not be the case as investigators found both a laptop and a DVD player in the wrecked Model S, but were unable to confirm if either were in use at the time of crash.
As Reuters reports:

"Investigators found a laptop computer in the Tesla Model S sedan involved in a fatal crash on May 7, the Florida Highway Patrol said on Thursday."

"Neither the computer nor a DVD player also found in the vehicle was running after the crash, according to Sergeant Kim Montes, who said investigators could not determine whether the driver of the Tesla was operating either at the time of the crash."

"Sergeant Montes said the 2015 Model S was equipped with a computer stand, but the laptop was not mounted on the stand when investigators recovered the computer after the crash."

So, it remains unclear then if the Model S driver was distracted by other devices running in the vehicle at the time of the wreck.