Electric Spyker SUV In The Works 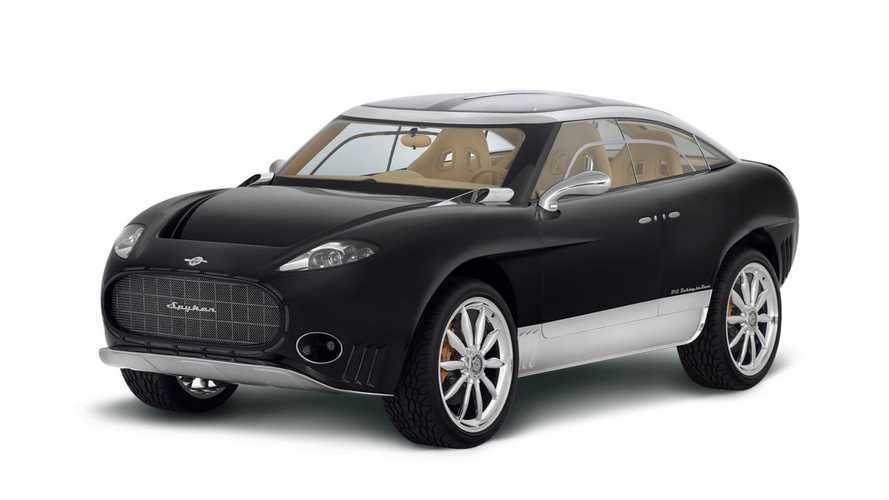 Spyker extends it electric car plans into the low-volume SUV segment according to a recent report.

The company intends to present this new SUV (inspired by the concept first launched waaay back in 2006) at the Los Angeles Auto Show this year.

The first new model will be equipped with a V12 engine, but the next step will also include an electric version in 2017.

Some help on the electric drive system comes from Volta Volaré, an electric aircraft company based in Portland, Oregon.

"CEO Victor Muller told Autocar that the model would take heavy inspiration from the D12 Peking-to-Paris concept car of 2006 (a V12 version of the D8, pictured above), which never made it to production despite the growing popularity of high-performance SUVs."

"Muller said a V12 petrol engine would power the Los Angeles car, but an all-electric model was in the pipeline, because electric-powered SUVs make sense. “In a sports car you want the engagement of a combustion engine, but in an SUV I don’t mind having a quiet engine. Electric power is much more sellable here.”"

The Spyker CEO also said it will not be a hybrid, like the BMW i8, although he also has doubts in lithium-ion batteries, which maybe means something else... hydrogen perhaps, another chemistry battery?

"Muller cites Tesla and its recently unveiled Model 3 as an example of why full-electric models are his preference, but he believes Spyker will go down a slightly different route technically.

“I’m all with Tesla and the full-electric approach, but I still don’t think lithium ion batteries are cost-effective. This type of battery has one major disadvantage that will not go away: degradation.”

Muller wouldn’t expand on what type of battery he would prefer to use, but no doubt partner Volta Volaré will head up the alternative technology’s development."