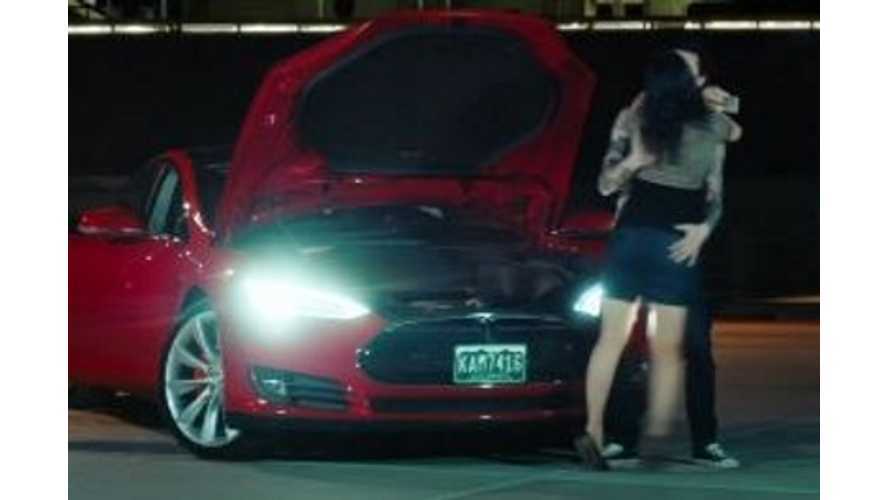 By: ElectricCarsTV
Professional Austrian cinematographer, Manuel Wenger is the man responsible for this mini-film featuring the Tesla Model S.

Wenger previously produced paid spots for BMW, Audi and other automakers, but this Tesla commercial was unpaid and done simply because Wenger has a passion for Tesla.

"...this mini-film is a slick, high-production shoot straight out of a movie thriller."

"Only a tad over one minute set to punk rock music, this caper involves what appears to be two villains-in-love who look more like Sid and Nancy than Bonnie and Clyde."

Hidden in the frunk (hence the "More Space Than Expected" title) of the Model S is some contraband that's overlooked by the police.

"Wenger shot this in a wide-screen format with Director Christoph Lacmanski in order to show off the unique capabilities of the Tesla Model S. Instead of touting its green credentials, this mini-film shows the car as an indispensable "get-away" vehicle..."