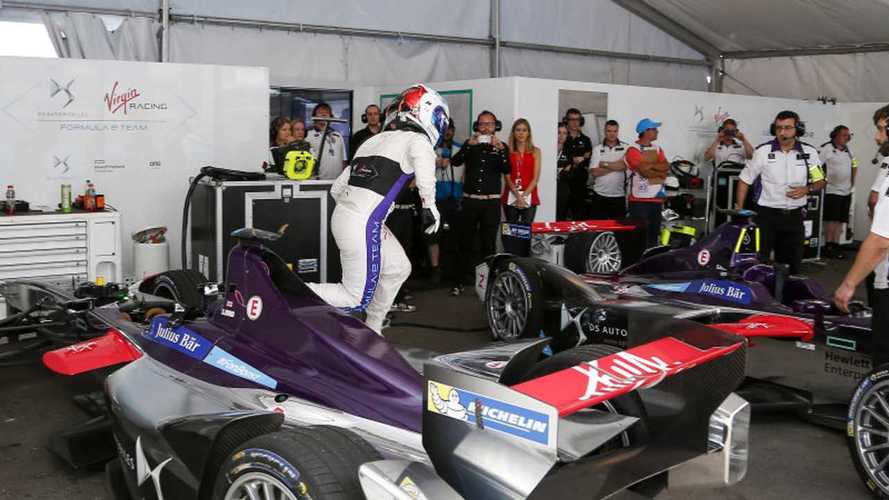 Turns out that car swapping in Formula E isn't as easy as the drivers make it look.

According to Autoblog, there's a lot of practice involved with car swapping to get it just right (video of which below).

"...there's a bit of an art to the Formula E car swap. First, there's deciding when to make the changeover, as each car has an imposed limit to the amount of energy it can carry. "We take into account any issues that may result in too much energy being used," Mahindra Racing engineering chief Vin Patel tells Current E. "Then we plan ahead for any possible windows of opportunity, such as safety car stints or periods under a full course yellow."

That's just the planning part though. The art is in making the swapping as cleanly and quickly as possible:

"To make sure everything goes smoothly, each team has its own strategy to car swapping, complete with guarded secrets, based in part on simulation and modeling. For all the different variables that can affect the swap, teams plan for a variety of scenarios. There's a lot of practice involved, says Patel, "Usually on Thursday and Friday evenings, as well as 'live' during free practice sessions on race day. Each of the mechanics who help the drivers have to hone their skills and tailor the process to suit each driver."

So, it's not as simple as just jumping out of one car and into another. Swapping takes planning, practice and a bit of luck to get it just right. A perfect swap can mean the difference between winning the race and not even ending up on the podium.

Video (below):  Bruno Senna and Karun Chandhok come in for a car swap at the 2015 Miami ePrix (via YT/Airton Azevedo)