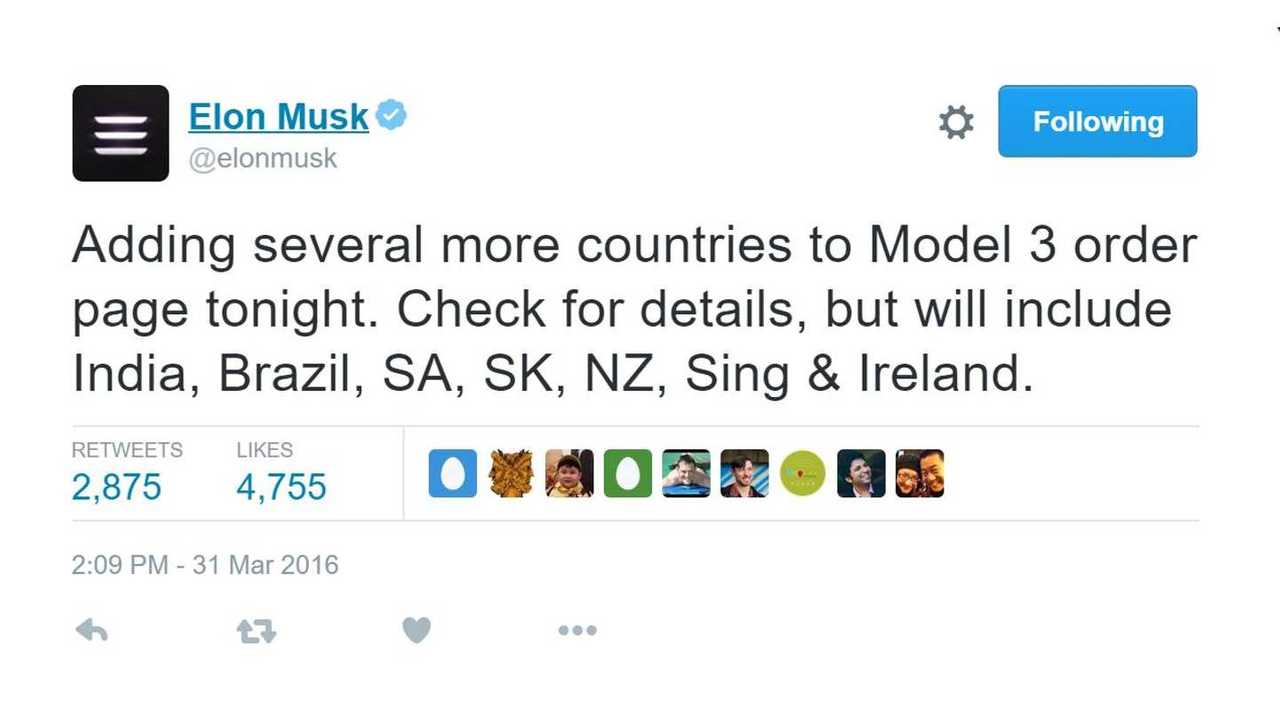 Elon Musk is Tweeting again and it's confirmed this was not an April Fools' joke. He announced that the Tesla Model 3 order page will be expanding to include 7 more countries. These include India, Brazil, South Africa, South Korea, New Zealand, Singapore, and Ireland. 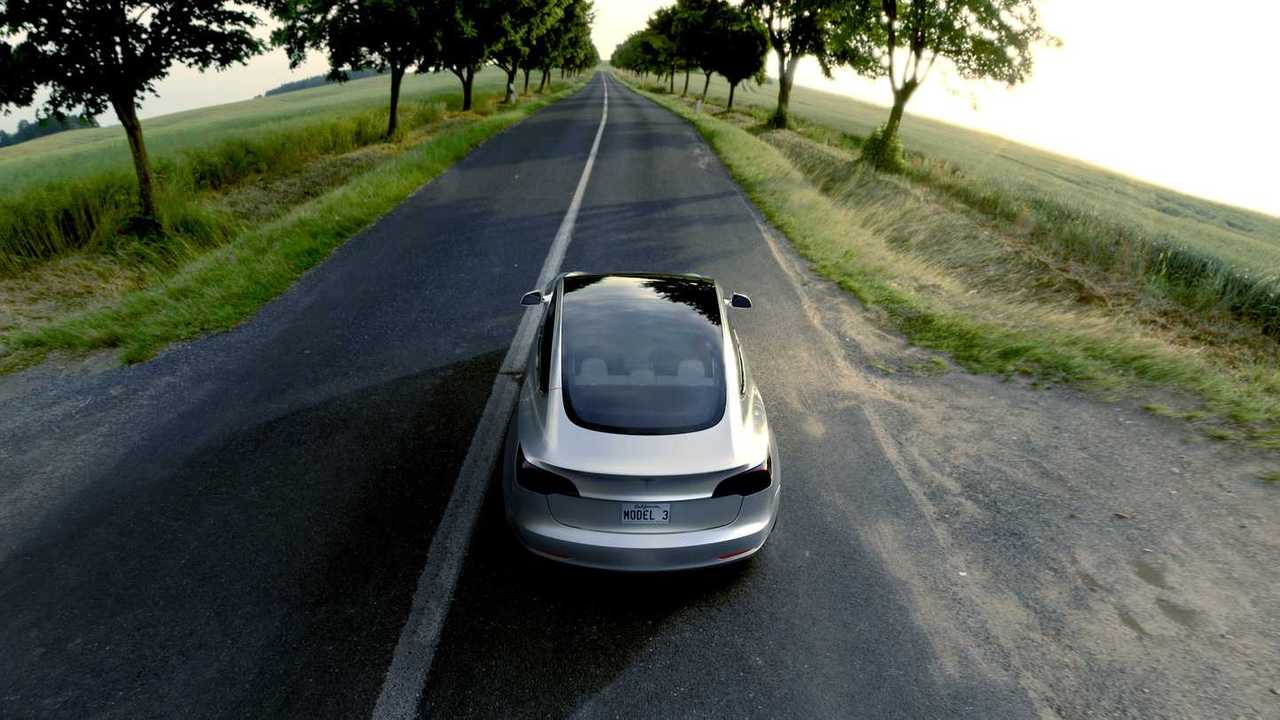 Although the Tweet was specific to the Model 3, Musk validated in his replies that the Model S and X will also be available soon in the same locations. He replied that in New Zealand, the planned Supercharger network will eventually cover the whole country.

Musk has always been diligent and timely with his Twitter responses. The only thing Musk didn't verify is Superchargers on Mars! With his SpaceX venture in the mix, maybe anything can happen right? April Fools'. . . or not. . . Who knows really?

Tesla had previously announced expanding into Ireland. South Africa, of course, is important to Musk as it's his native land. It comes as no surprise seeing South Korea on the list with LG and Samsung battery strongholds on its turf.

According to previous Tweets, Tesla will delve into the Middle East and Latin America soon. Brazil is already on the list and Jordan was added last year. Tesla also has a pop up store in Mexico city as of 2015.

It's not a shock that the company is announcing expansion, especially at such a "key" time. There is never a better time than "now" in every venture, but it seems Tesla really timed out this announcement nicely to coincide with the Model 3 unveiling. Kudos to Musk and company! Realize though that regardless of anything, this is truly the largest expansion announcement to date for Tesla Motor Co. We can only assume that it will get bigger and better over the course of time.