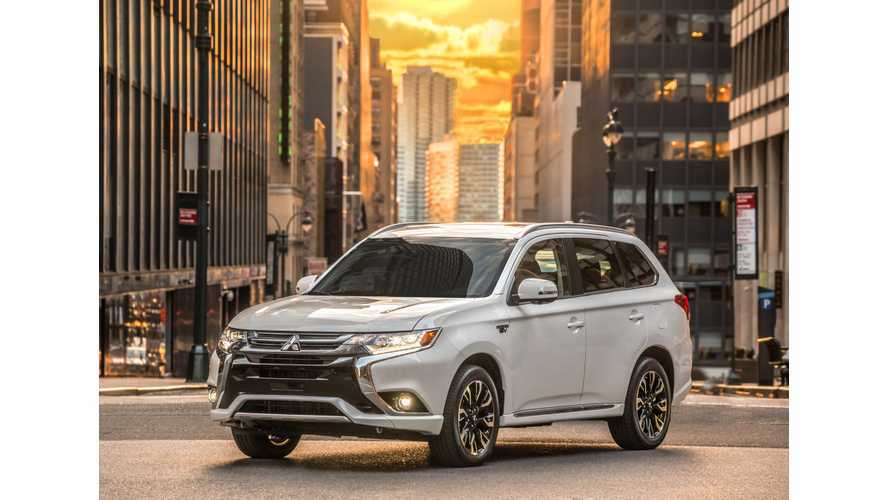 The Mitsubishi Outlander PHEV is finally coming to the U.S. (see walkaround video) and will go one sale this fall as 2017 model year.

In the U.S. from 10 to 20% of all Mitsubishi Outlander (some 2,000 a month) sales are expected to be PHEVs. The target for the first year now stands at 4,000, which is down some ~1,000 units when the company had originally pegged a late August/September release.

Simple math indicates this means about a ~2.5 month slippage has occurred, and we should expect to see the Outlander in early November.

"Any dealer in the US will be able to offer the car, but they will have to get EV certified by Mitsubishi. Anyone who already sells the i-MiEV is already certified, and Swearingen said he suspects the Outlander PHEV will really increase the number of interested dealers."

Price to be announced three months before sales launch, so we expect ~August.

The 12 kWh battery should allow for around $5,800 of the $7,500 federal tax credit, depending how the fractional values are ultimately reported/rated.

The tiny Mitsubishi i-MiEV is also to remain available at least through 2017, but the future isn't clear as Japanese carmaker intends to focus on the plug-ins for CUV segment, and has stated there will be no next generation of the i-MiEV.