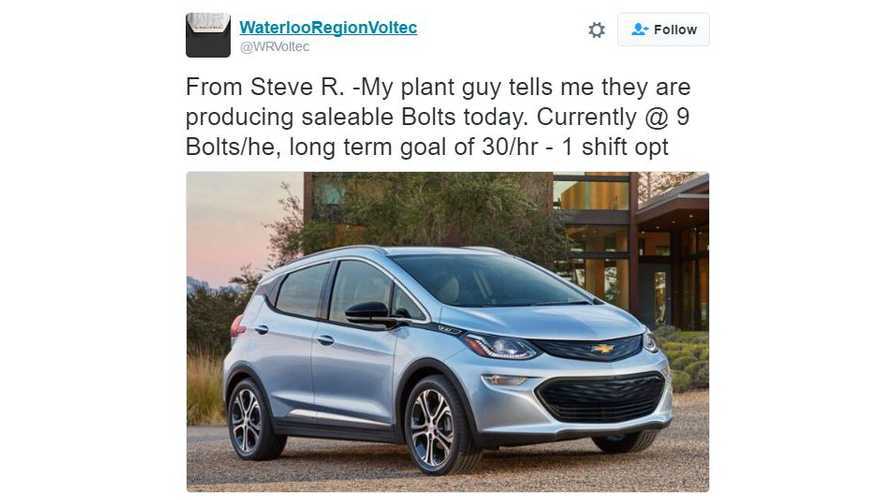 Via WRVoltec on Twitter, it seems that production of saleable 2017 Chevrolet Bolts at GM's Orion, Michigan facility started this past Monday.

Production is on the low side for now, with just 9 Bolts rolling off the line per hour and only 1 shift working on producing the Bolt, but the ramp up over time should get that figure to 30 Bolts per hour.

We've known for quite some time now that Bolt production was just around the corner. In fact, dealers began accepting orders some two weeks ago (partial ordering guide here), with allocations beginning for select dealerships just prior.

The point is that the goal of 30 per hour would indicate to us that General Motors is serious when it comes to the Bolt. High volume production is the target and that's what we've been waiting to hear.