With A Tweet, Tesla Confirms This Line To Be The Longest For The Model 3 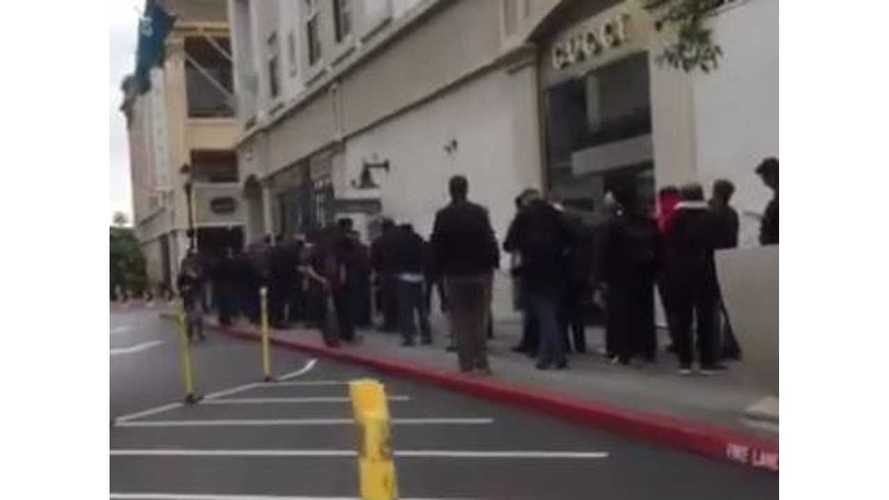 This line outside the Santana Row Tesla store in San Jose, California has been confirmed by Tesla as being the longest Model 3 reservation line in the world. (Anyone care to count the number of people lined up?)

We all know that California is a hotbed for electric cars, so it's no surprise that the world's longest Model 3 reservation line was found in the states that most strongly supports plug-in cars, but what is shocking is that so many people are willing to wait hours upon hours to simply put a deposit down on a car they had not yet even seen.

With the Model 3 reveal last night, we expect reservations to continue to pour in, as those waiting to at least see the car have now had the opportunity to do precisely that.