CCS No Longer Required In UK Due To Brexit? 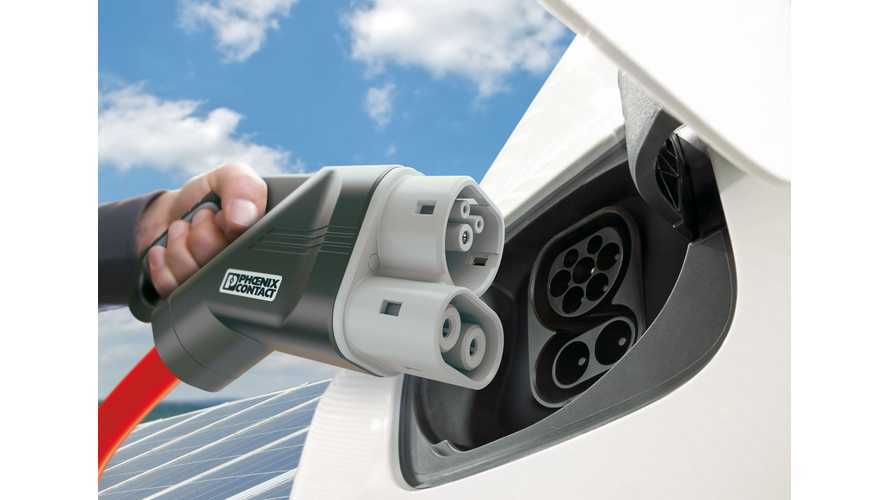 Chargemaster Ultracharger and BMW i3

Shortly after the Brexit (UK departure from EU), Autocar published an article suggesting that the decision could influence the adoption of electric vehicle charging standards in the country.

As an EU member, the UK was obligated to implement a directive that requires public DC fast chargers to use CCS Combo standard from 2018 (other plugs like CHAdeMO would be then just an option).

But in UK, more than half of all plug-in electric cars are specifically CHAdeMO-users (over 20,000 Mitsubishi Outlander PHEVs alone, and some 14,000 Nissan LEAFs/e-NV200s).

Another 10% falls on Renault ZOE (using AC 3-phase Type 2) and the Tesla Model S (dedicated fast charging standard), while only a fraction of the remaining 35-40% of cars are equipped with CCS Combo inlet.

It is a hot topic because CCS Combo is heavily backed by German manufacturers, and Germany sets tough conditions for the UK after Brexit.

Some voices in UK say that it's time to drop the CCS requirement so that the market is able to develop freely.

"An EU directive that will standardise rapid-charging EV points in favour of a design that is not common in the UK is set to be an early casualty of the Brexit vote.

Due to be written into UK law this October, the directive has attracted criticism from both the EV industry and UK government and is likely to be quietly shelved as unnecessary."

It's pretty interesting that Chargemaster is among those who would like to see CCS dropped - the company offers multi-standard chargers, and also recently got an investment from the BMW i Ventures Gourp (which is a CCS supporter).

"This is a piece of bureaucracy that this industry, which is still in its infancy, doesn’t need," said David Martell, boss of Chargemaster, which makes and supplies EV chargers from its Luton-based and factory. "It doesn’t make any point and we want to see it dropped."

"People could have ended up in prison just for not having the right plug on a public charger,".

"There’s no legislation that says an iPhone or whatever should have a certain type of plug, so why is that necessary for an EV? It doesn’t make sense."