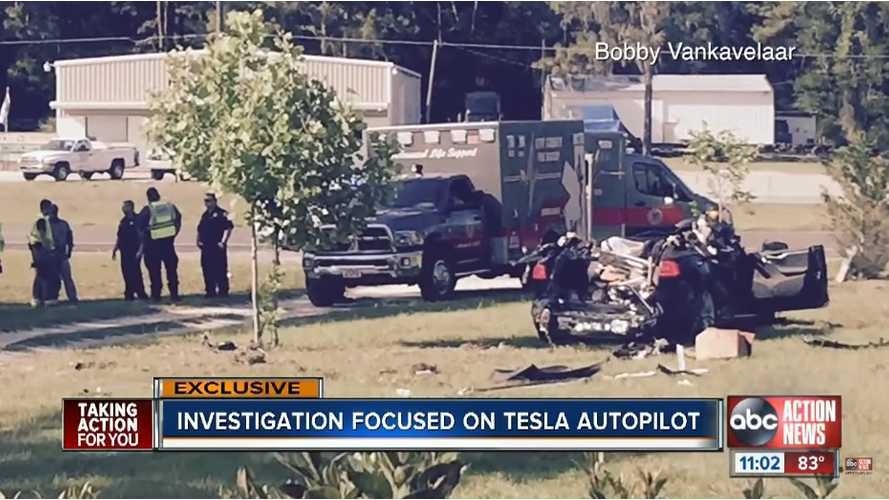 Digging deeper, it turns out that Tesla told regulators about the particular crash 9 days after accident, while in the blog post we previously read "immediately":

"Following our standard practice, Tesla informed NHTSA about the incident immediately after it occurred."

The Model S crashed on May 7. Tesla disclosed the incident to the government on May 16. The National Highway Traffic Safety Administration announced the probe later on June 30.

Whether it's that much important that there was a 9 day period between the accident and notification, we aren't sure? Automotive News notes that Tesla was legally obligated to only disclose the fatality to regulators during its subsequent third quarter.

Well, some say that Tesla should act immediately regardless of the safety issue, because investors interested in the latest stock offering had the right to know about what was happening with one of key Tesla technologies - Autopilot.

Tesla reported the crash privately on the 16th to the NHTSA, but chose to not publicly disclose it ahead of a May 18/19th new stock offering to fund the Model 3 saying it wasn't of consequence.

"Autopilot is one of the most advanced and most promoted Tesla technologies and is still in beta or test mode. That has spurred questions -- including a report by Fortune magazine -- over whether the company and regulators should have informed the public earlier of the fatality.

On Tuesday, Tesla CEO Elon Musk tweeted in response to the article about the timing of the disclosure that the May fatality "wasn't material" to Tesla.

Tesla raised at least $1.46 billion from investors on May 18-19 with a stock offering, as the Autopilot investigation was unfolding.

The company knew of the crash by the time of the capital campaign. But its own investigation was not yet complete and it had not yet been informed by the government of its probe, according to a timeline described by a Tesla spokeswoman."

Thankfully, calming the issue somewhat, is the fact that Tesla's market cap has been most unchanged despite some ups and downs between May 18th, the investigation announcement and today - and never moved significantly on any of the news.

TSLA closed on the day of the offering (May 18th) @$211.17, and at $212.29 on the date the NHTSA investigation into Autopilot was announced (June 30), and closed today (July 7th) @$215.94.  So perhaps Mr. Musk was right about it not being material, however the debate on whether or not that was the company's call is still open for debate.