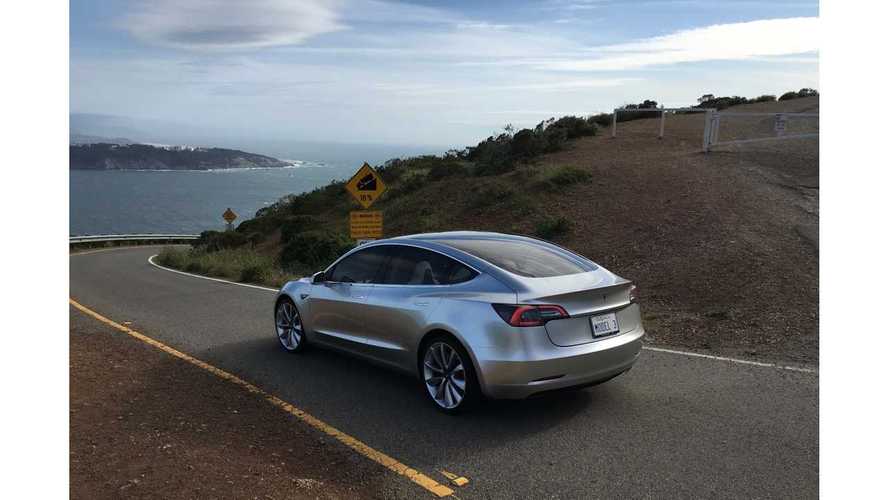 Thanks to Paul Carter, we have data from Tesla Model 3 reservation holders. Carter has been keeping track of and analyzing the information through the Model3tracker.info website (via Teslarati). It is a members only group for fans and future owners of the Model 3. Currently there are over 4,000 Model 3 owners registered for the site and actively contributing information.

Initial information showed that 90% of reservations holders would pay for Supercharger access and 75% would be going for the largest battery pack option (43% want at least some sort of battery upgrade). Now, Carter has compiled information about option preference.

Not only are very few consumers planning to get the base Model 3, but 7% intend to go all in, choosing every single available feature. About 30% plan to choose at least some upgrades.

Choosing a loaded vehicle will likely bump forward delivery time, since Tesla will produce the loaded, more profitable cars first. Base models may be the last to come off the assembly line.

Somewhat ironically, this could also mean the possibility of losing the $7,500 US tax incentives if Tesla shoots by the 200,000 EV produced mark (and subsequent wind-down period too quickly). Choosing a more loaded, expensive car could be hypothetically cheaper, with incentives applied, than a base model, delivered later, and no longer qualifying.

Those participating in the tracker website were also interested in Supercharger access and Autopilot. About 36% chose each of the options. However, Ludicrous Mode didn't receive much attention.

The bottom line is that we don't expect to see many $35,000 Model 3s out there. The cheap price is surely a draw, but seeing what people need and want, this will not be an inexpensive car. But, with all that Tesla offers, and now the Autopilot 2.0 and self-driving capability, one shouldn't expect a loaded Model 3 to be easy on the wallet.

Check out some additional details and graphs at Teslarati