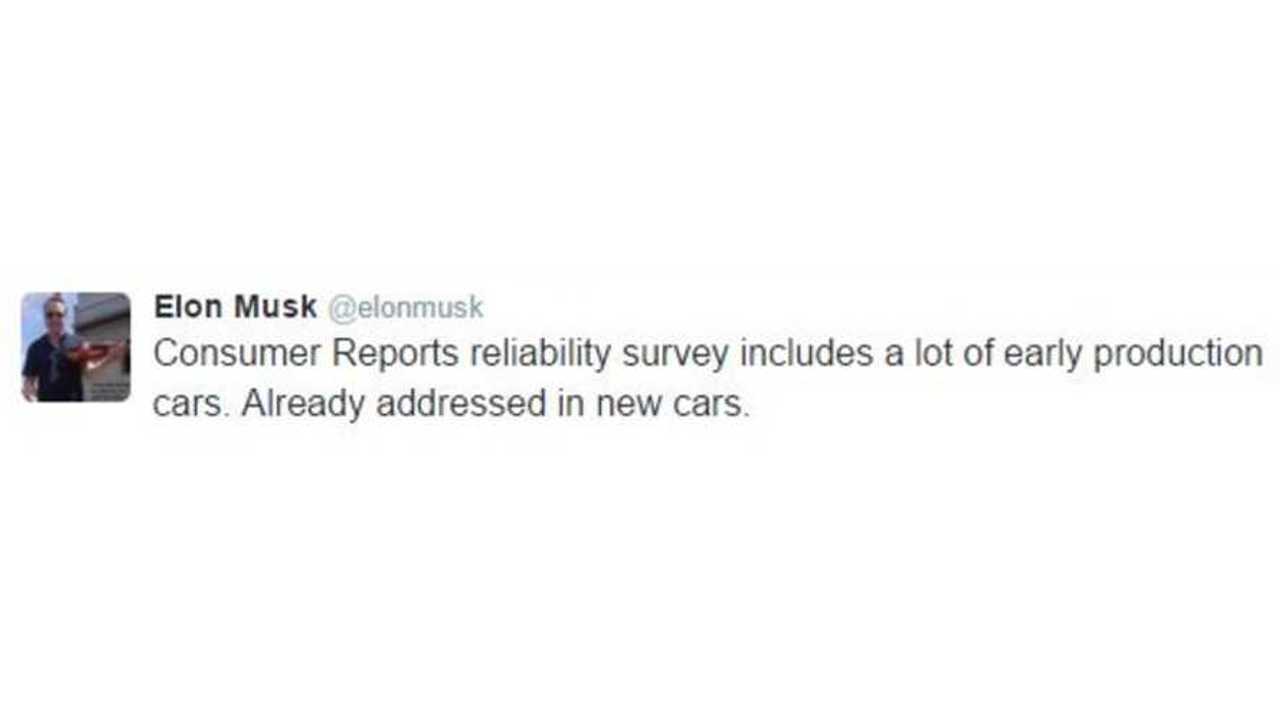 Last year, Consumer Reports dropped its recommended status for the Model S due to below-average reliability.

Now a year later, the Tesla sedan has made back some ground, and has been rated at average reliability, and regains its recommended status.

It is interesting to note that a year ago, Tesla CEO Elon Musk tweeted (below) that the Model S sedan's reliability issues, that caused the car to fall off CR's list, had already been addressed.

On the other hand, the Model X probably will not be recommended any time soon, as it's currently the #6 least reliable car on the market according to the publication:

"Tesla’s Model S has improved to average reliability, which now makes the electric car one of our recommended models. But its new Model X SUV has been plagued with malfunctions, including its complex Falcon-wing doors."

""The Model X has a long way to go. It’s the sixth least reliable vehicle in our survey, and there are some monumental challenges with that vehicle," Fisher said Monday in Detroit at an event hosted by the Automotive Press Association. "It’s unclear whether they will get the 'falcon wing' doors right ever.""

Overall Tesla "brand" can now be ranked as it has a second offering, but is not ranked very high - placing at #25 out of 29 in the Consumer Reports reliability rank.