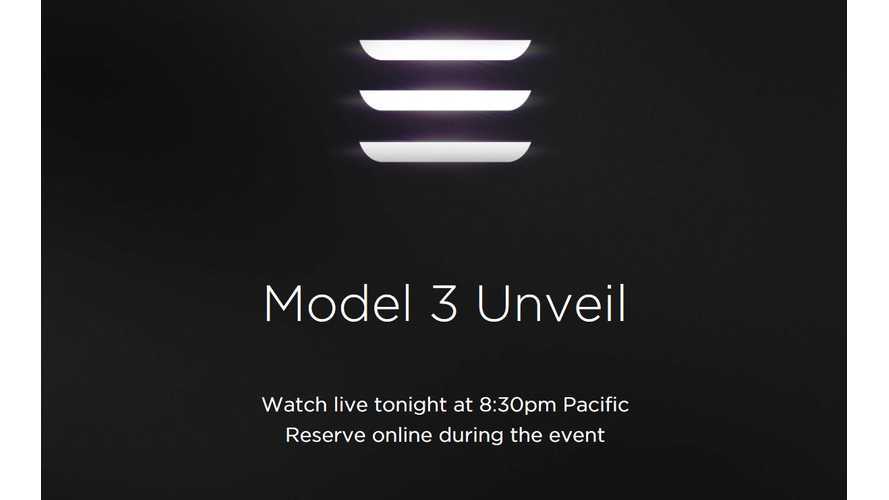 Tesla opened its doors for in-store orders at 10 AM local time all across the world on March 31st - and the response was much greater than anyone anticipated.

Now, fearing that maybe it wasn't such a great idea to open online orders AND start the live streaming video debut of the Model 3 both at 8:30 PM (Pacific Time)/11:30 (Eastern), Tesla CEO Elon Musk (@elonmusk) has tweeted that online orders will now be accepted an hour earlier than expected.

Tesla's order system will now open from 7:30 PM (PT)/10:30 PM (ET) to ease up on any potential stresses to the company's web servers.  Watch the live broadcast here from 8:30 PM (PT)/11:30 PM (ET) - that is provided Tesla manages to start this one on time...otherwise its empty stage and techno music for everyone!

The CEO also clarified some online order details, specifically that orders are limited to 2 per person:

*Some Conditions May Apply

Now you have some time to get your online deposit out of the way, allowing you to relax at watch the broadcast an hour later.  Provided the Internet doesn't collapse (and Tesla actually gets underway on time for once), InsideEVs will live stream the event promptly from 8:30 PM (PT).