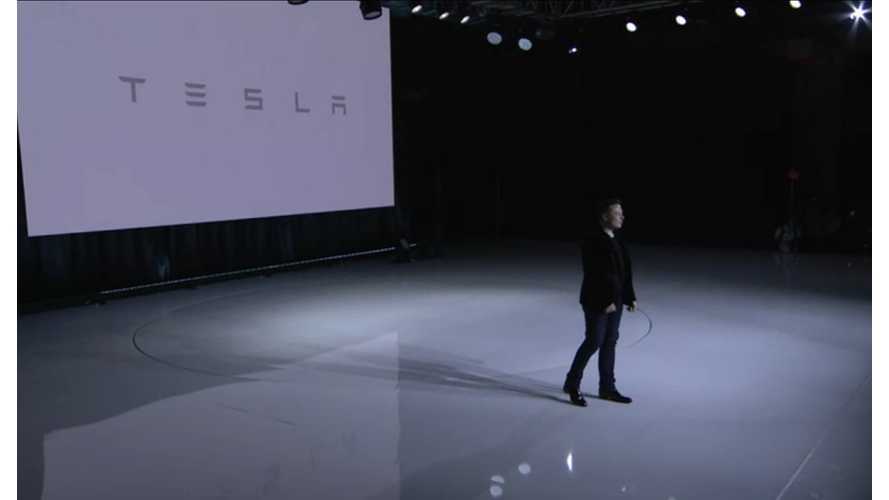 After a full day of taking deposit reservations all over the world, it's time for Tesla to start the most anticipated electric vehicle reveal of all-time.

It's the Tesla Model 3 debut from the company's design studio in Hawthorne, California.

Update:  Full details, specs, pictures, videos on the Tesla Model 3 from after the event can be found here.

So, after spending part of the day in line with ~400 other people, putting money down on an electric car you have never seen...why not sit down and find out what your money will get you!

Update: Event is now over, live stream is on a replay loop for viewing.

And yes, the pre-show movie is a bit choppy at the moment...as if people were signing up to reserve a car right now or something.

Bonus footage (below):  InsideEVs contributor Michael Beinenson put together some excellent footage of the typical "Model 3 deposit scene" found at Tesla stores all over the world earlier today (in this case from Atlanta, Georgia)