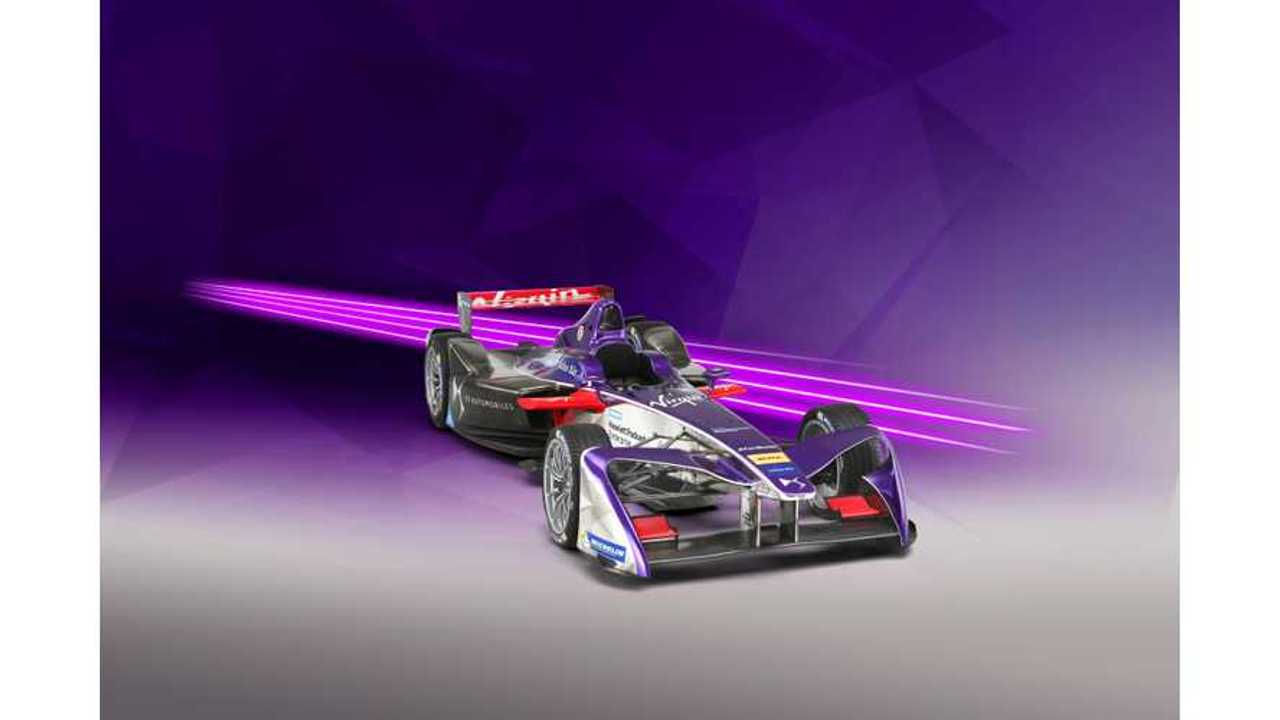 The third season of FIA Formula E Championship is already underway,  so lets see what has changed and who/where will be racing in 2016/2017.

Power output (up every year)

"The biggest change in season three in terms of performance comes from the increase in the amount of energy regeneration that is permitted, which has been increased by 50 per cent from 100kW to 150kW.

This will allow a larger strategic window for the teams and drivers to exploit, meaning that we may see greater differentiation in race strategies, as the cars and drivers that are able to harvest their energy most efficiently can run for longer, allowing for a shorter, faster second stint.

In order to harness the extra regenerated power, a new version of the battery has been introduced by Williams Advanced Engineering. This is an evolution of the one used in seasons one and two, but it still operates at 28kWh with a maximum power of 200kW.

The teams are also running a new steering wheel with increased functionality in order for them to take full advantage of the strategic options available to them."

Here is video about season three powertrains, and the new sound of the Formula E racers:

Every driver can still use two cars, with 28 kWh of energy available during the race.

However, in season five the format change to a single car per driver, with more energy dense batteries that will be able to complete an entire race.

There will be no competition between teams for battery technology or suppliers, as McLaren Applied Technologies has been selected as the sole supplier for the batteries in the fifth and sixth season.

In light of the ongoing rapid development of battery technology the decision was made to limit the term of this agreement to two seasons instead of a longer duration. The arrival of the new battery will fulfill Formula E’s objective of the drivers being able to complete a full race distance in a single car in the 2018/19 season."

The most striking change to the cars is the stunning new front wing.

The part is purely cosmetic. It’s intended to create a strong visual identity for the championship, clearly differentiating it from other forms of motorsport, rather than offering a performance boost. It also gives a tiny glimpse of the wholesale changes that are in store when the new chassis comes on line in season five…

Other changes via the Formula E:

For season three, Michelin has introduced a new version of its unique, treaded 18-inch Formula E tires. These are designed to be more energy efficient, through having less rolling resistance and reduced weight.

They also come up to temperature more quickly, and are expected to have the same excellent longevity as the previous version.  There is no change to the tyre restrictions, with each team limited to one new set per car for each race weekend.

One point for fastest lap

The thrilling conclusion of the season two Visa London ePrix was enlivened by a battle between Sebastien Buemi and Lucas di Grassi to see who could set the fastest lap and claim the two bonus points, which would determine the title.

While this was a great spectacle, it was perhaps unsporting that an 11-race championship should ultimately be decided by a single lap, so for season three the reward for fastest lap has been reduced from two points to one.

Fans who want to watch every minute of season three of the championship are going to have to set their alarms a tiny bit earlier. This is because the opening practice session has been moved forward slightly. It will now start at 8am rather than 8:15.

The first-ever autonomous racing car series - Roborace - will be a part of the Formula E support package in season three.

At last week’s test at Donington Park the development hack DevBot successfully completed a lap under full computer control and we’re all incredibly excited to see how it progresses over the course of the season.

There are 10 teams completing in season 3, including some new teams, and some teams that have been reinforced (via a partnership with a large automaker):

Panasonic Jaguar Racing confirmed its entry into Formula E with a stunning launch at its facility in Gaydon this week. The fabulous history of the brand in motorsport was visible at every turn, but the underlying message was that this was a plan for the future, not just of the motorsport team but for the brand as a whole. Its title sponsorship with Panasonic, is also a sign of the global recognition of the series and the importance major companies are placing in electrification.

Another new name is less familiar - TECHEETAH. This is a Chinese-owned team that has taken over Team Aguri. For its debut season it has purchased the Renault powertrain, and showed excellent pace in the pre-season testing, with Jean-Eric Vergne a regular presence in the top-three of the times.

Dragon Racing has also found an exciting new partner in the form of Faraday Future, an American based technology company that has highly ambitious plans to be a key player in the electric hypercar market.

Five new drivers join the grid for season three, giving Formula E arguably the strongest line-up of drivers outside of Formula 1. The new stars are:

The 2009 A1GP champion was a regular winner in GP2 and F3 and was an F1 test driver for BAR. He’s also raced in IndyCar, DTM and most recently for Porsche in the GT-Am class of the World Endurance Championship.

Mercedes-AMG works driver, Maro Engel was a race winner in British F3, who spent three years racing in the DTM. He also did a year in the highly-competitive V8 Supercar series in Australia before returning to Europe to drive for Mercedes in a host of GT series.

Mark Webber’s protege was the 2012 GP3 champion (just pipping Daniel Abt), and has been a regular winner in GP2 over the past four seasons for a variety of teams.

A contemporary of Lewis Hamilton (and Carroll) in single-seaters, Lopez returned to his native Argentina and dominated the national TC2000 touring car series. This led to a works WTCC drive with Citroen and three-straight world titles followed.

The Swede became just the second person in history to defend his Formula 3 Macau Grand Prix title last season, demonstrating impeccable street racing credentials around probably the toughest track of them all. Has also raced Indy Lights and DTM this year.

But perhaps the most exciting change of all is the addition of five new cities to the calendar. Hong Kong, Marrakesh, Brussels, Montreal and New York have all become a part of the world’s first fully-electric racing series, showcasing once again the ability of Formula E to take racing into the heart of cities where other championships simply wouldn’t be able to go.