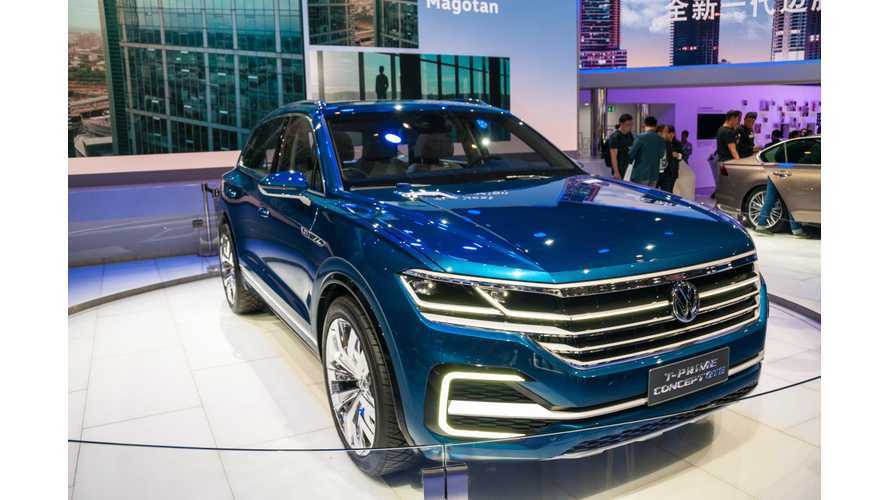 The Volkswagen T-Prime Concept GTE was unveiled at the 2016 Auto China in Beijing (details: general description, live photos and videos) and was recently also presented in person by Autogefühl in this excellent "hands on" (literally) review.

The concept previews the next generation Touareg, and shows a lot of VW's new design language for upper class SUVs.

Of course the plug-in hybrid version is expected to become the top of the line offering.