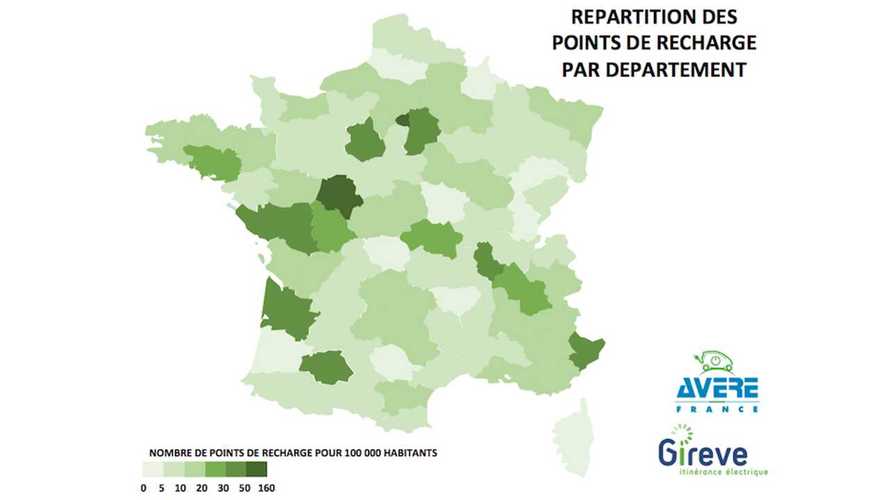 France has reached a milestone of 15,000 charging spots located at some 4,507 places, and is now accelerating the pace of new installations.

In total, the number of charging stations increased in France by 50% in about a year's time, as the country just passed the 10k mark last September.

It is interesting to note that more than half of the charging stations in France are concentrated in three regions: Ile-de-France (with 1,631 locations), Auvergne-Rhône-Alpes (at 461) and New Aquitaine with 395 spots.

However, if a new government proposal launched from the Paris Motor Show has its way (via an additional EUR 10 million worth of support targeted locations in residential areas and business parks), the next three years will bring a really big move - up to ~100,000 charging points by 2020 (up from the previous goal of 45,000).