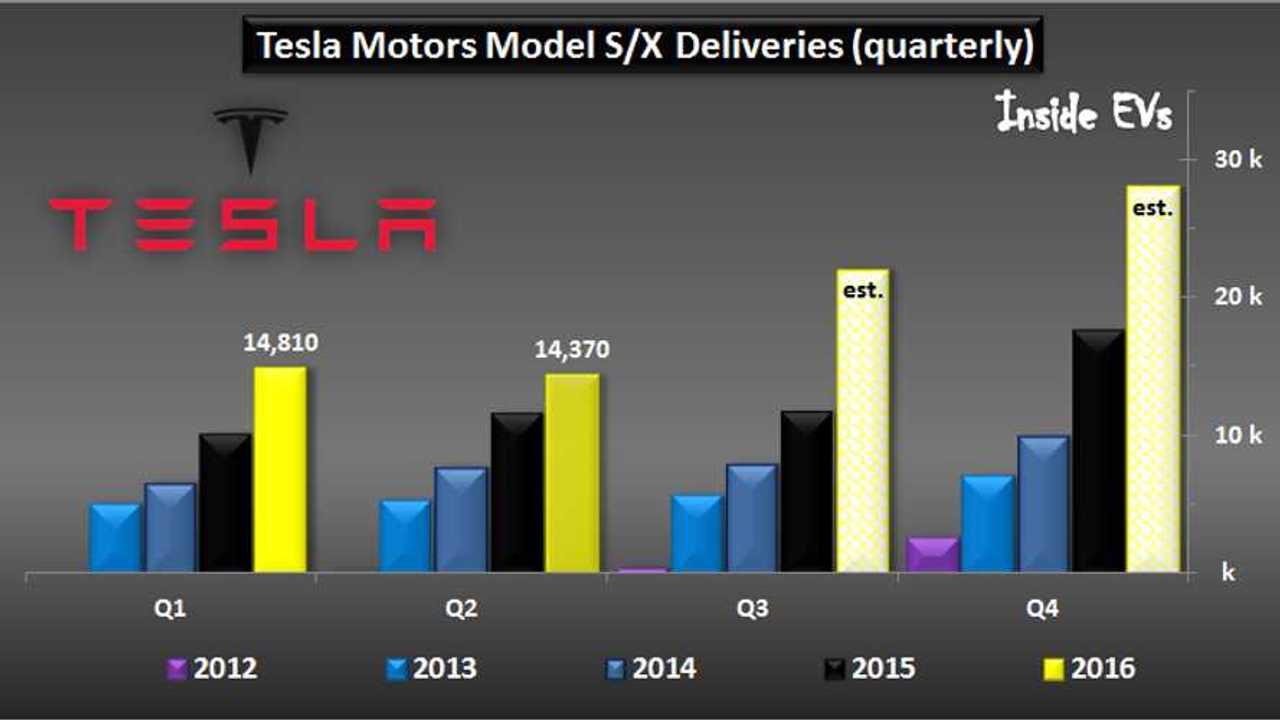 After slower pace of growth in the first two quarters, Tesla Motors is on a mission to produce and sell 50,000 sales in the second half of the year, which as the company points out, is the about the total number of deliveries for all of 2015.

All signs tells us that it will be busy end of the year yet again for Tesla in order to reach that number.

Introducing the company's second mass-produced model to the market (Model X) and ramping-up production on a refreshed product (Model S) with new trim levels (60 kWh/75 kWh) certainly wasn't easy on Tesla in Q2, but Tesla managed to still achieve growth of overall sales versus Q2 of 2015.

Tesla Launched The Model X In China On June 16th

Naturally, analysts and those holding Tesla Motors the security as an investment (TSLA real time quote here) are still very concerned that delivering "just" 50,000 units in the second half would put the full year results at the low end of earlier company guidance (80,000 - 90,000).  For us, 75,000 or 85,000 makes no difference, either way it is a lot more EVs on the roads, and a lot more than the company sold a year ago.

As you can see below, IEV's sales estimations shows that in Q2 about three-fourths of Tesla sales were made in the US.

This domestic-to-international imbalance has been achieved mostly to do the fact that almost all Model X deliveries in the first six months of the year (just under 7,000 worth) have been made domestically.  The last time the NA sales ratio was this high was in mid-2013 as the Model S was just then arriving in Europe.

As always, individual month-by-month sales for the Tesla Model S, Model X...and every other plug-in sold in America can be followed on our Monthly Plug-In Scorecard (link at top of page, or by clicking here).