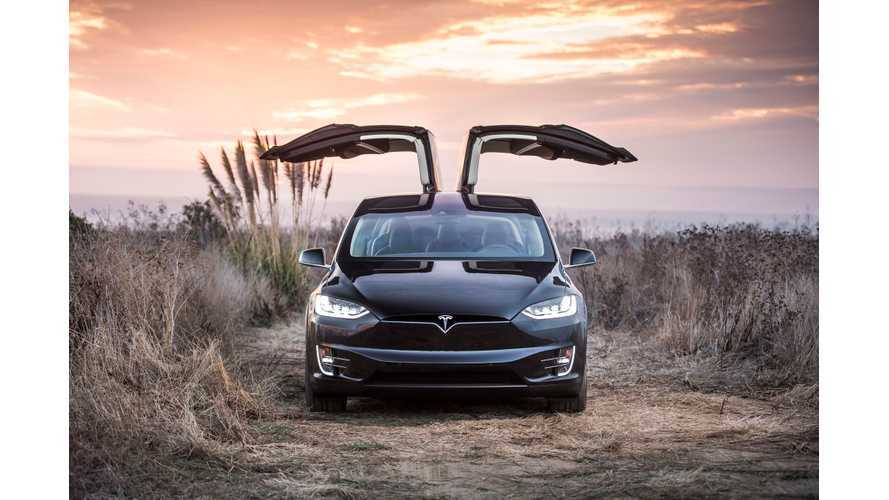 Only two plug-in electric cars were listed by IEEE Spectrum among the site's Top ten Tech Cars Of 2016. Those two cars are the Tesla Model X and the Chevrolet Volt.

"With typical hyperbole, Tesla bills its electric Model X as the fastest, safest, and most capable SUV in history. But it’s the falcon doors that take this seven-passenger electric car literally over the top."

"Like mod diner stools, “monoposto” second-row seats are perched on sturdy motorized pedestals that slide fore and aft and open up bonus room for gear or passengers’ feet. Those falcon doors slide open or closed at the touch of a button. A curving panoramic windshield, the largest on any production car, wraps across part of the roof. A medical-grade HEPA filter sucks up pollen, bacteria, viruses, and pollution."

"And in the race toward autonomy, Tesla’s Auto Pilot one-ups the others as the closest thing yet to a self-driving production car."

So, yeah...there's enough innovation there to consider the Model X as a leader in the tech car field.

The other Top ten plug-in electric car selected was the Chevrolet Volt.

Here's what IEEE Spectrum said of the Volt:

"Today’s US $2-a-gallon gasoline doesn’t bode well for the plug-in Volt’s showroom sales in America. But when gas prices spike again, the Volt hybrid may end up looking like one of the smartest fuel savers on the planet—and for one-third the price of a Tesla Model S."

"This second-generation Volt is a green sweetheart to drive, and improved in nearly every way over the original: sleeker, lighter, faster, quieter, and more efficient."

"Let’s cut to the chase. On a light-footed test drive north of San Francisco, I managed precisely 60 all-electric miles (97 kilometers) before the gasoline engine kicked in. That beat the official 53-mile estimate, itself a 40 percent improvement over the first-generation Volt."

"And at $26,495 after a $7,500 federal tax giveaway (er, credit) in the United States, the Volt is a bargain. The Chevy is not only two-fifths the cost of a Tesla and one-fifth the cost of a BMW i8, it’s actually less than the $33,500 price of the average new car in America—and $1,200 less than its lower-performing predecessor."

So, better than the old Volt in almost every possible way, yet cheap enough that most of us can afford it. Sounds like a winner to us!

For the full write ups on both cars, click the two source links below.