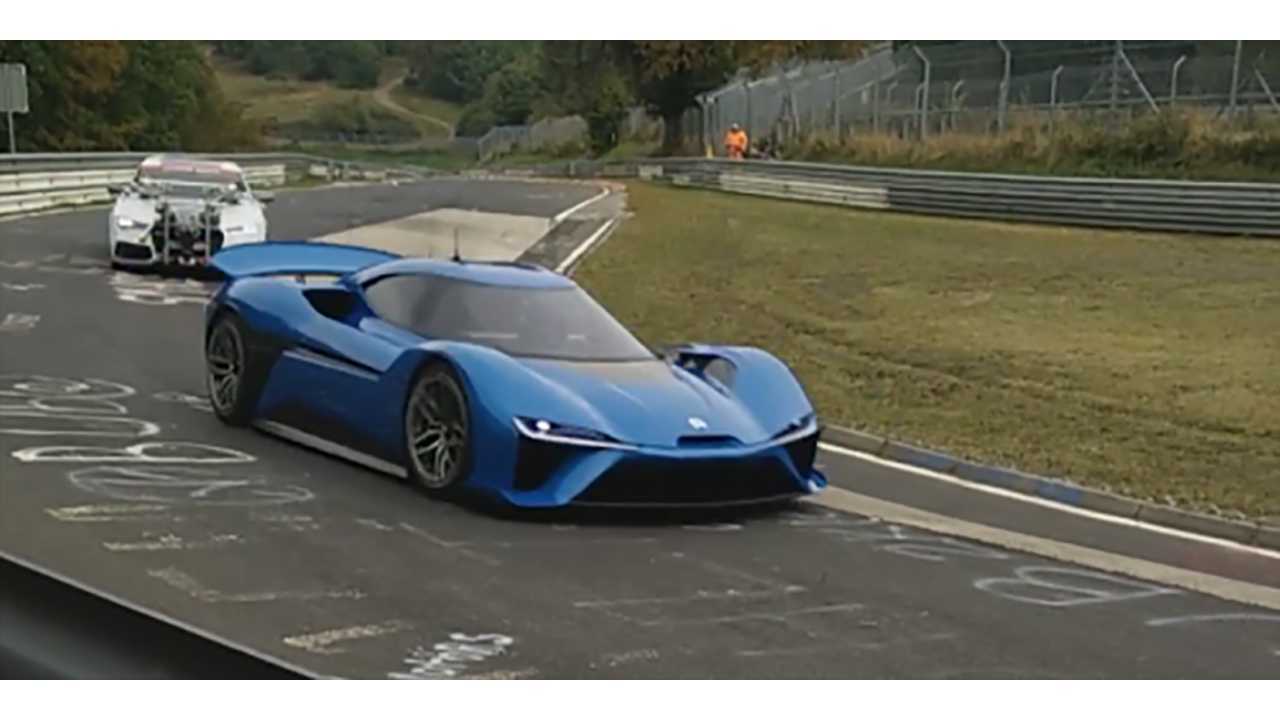 NextEV's electric hypercar was recently spotted on the Nurbugring being filmed by a "chase" car.

NextEV won't comment on why the 1,360-HP electric hypercar was on the Ring, nor will the automaker discuss why it was being filmed, but this vertical video provides us with a brief glimpse of the car and let's us hear how silently it moves about.

"...if NextEV has an electric vehicle record in mind, its going to have to beat Toyota's time of 7:22. It'll also potentially have to fend off Rimac's 1088-horsepower Concept One. We haven't seen the Concept One lay down any lap times yet, but we have seen it destroy a Porsche 918. And while a Tesla Model S P100D is quicker in a straight line, Teslas tend to overheat on the track."

What we can see from the video is that NextEV spent lots of time on design of this car and that the end result is a vehicle that fits right in with the rest of the world's supercar/hypercars. In other words, it's a head-turner!